An alternative rock band with pop hooks, indie sensibilities, and indie-folk roots, Arts Fishing Club built its audience the old-school way: by piling its members into a van and hitting the road.  That live energy found a permanent home in the band’s music, turning their 2021 release — appropriately titled The Show — into the band’s most exciting work to date.

Produced by Wilco co-founder Ken Coomer, The Show is an alt-rock record with a message, filled with songs that sandwich Christopher Kessenich’s social commentary between singalong choruses, cinematic melodies, and bursts of Stratocaster guitar. “The Show is an album about fame culture. I’ve always thought one of an artist’s roles is to attempt to point out truths and ask questions that pull us out of our daily routines, ” Kessenich says. 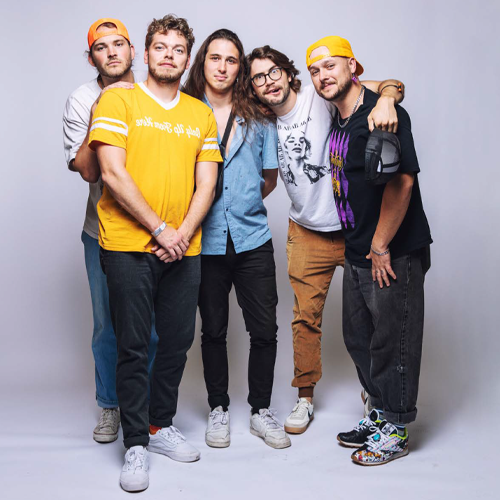