Beatrice Annika Miller (born February 7, 1999) is an American singer, songwriter, and actress. She came in ninth place on season two of The X Factor (US) when she was 13 years old. She was later signed to Hollywood Records. Her debut EP Young Blood was released in 2014, and her debut album Not an Apology was released on July 24, 2015. In 2016, she released the single “Yes Girl”. During 2017, she released the EPs Chapter One: Blue, Chapter Two: Red, and Chapter Three: Yellow. The three EPs, along with five additional songs, were collected as her second studio album, Aurora.

In 2018, she featured as the lead vocalist on NOTD’s single, “I Wanna Know”, which reached the top 20 in Australia, Belgium and Norway. In 2019, she released the singles “It’s Not U It’s Me” with 6lack, “Feel Something”, “Feels Like Home” with Jessie Reyez and “Never Gonna Like You” with Snakehips. She signed with Olliebear Records and Create Music Group in November 2019 to release the single “That Bitch”.

In October 2020, after the unexpected success of “Feel Something”, Miller would return to releasing under Hollywood Records with the single “Wisdom Teeth”. The song was released as the lead single to Miller’s EP titled, Elated!, which was released on October 23 of that same year. 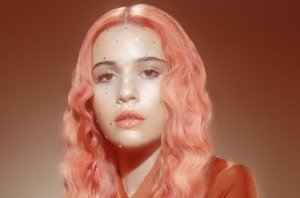 2015 Radio Disney Music Awards for Best Song to Rock Out to With your BFFs for “Young Blood”. 2015 Teen Choice Awards for Choice Next Big Thing.