Starting stand-up in Chicago, Stelling became a member of Chicago Underground Comedy and hosted a Sunday night variety show in Boystown with her friends, The Puterbaugh Sisters, for many years called Entertaining Julia ( the bartender). The show now runs in Los Angeles at AKBAR in Silver Lake on the first Sunday of every month. Beth was named “Best Stand-up Comedian in Chicago” by The Chicago Reader in 2010. Soon after she was a New Face of Comedy in Montreal’s Just for Laughs Festival and re-located to Los Angeles in 2011. Within her first year in L.A., Beth made her TV debut on Conan and released her debut album “Sweet Beth” on Rooftop Records. Beth soon after appeared on  Comedy Central’s @midnight, Chelsea Lately, and The Pete Holmes Show. That year Beth filmed her Comedy Central “The Half Hour” stand-up special in Boston, and Vulture named it one of the “Best Stand-up Specials of 2015”. In conjunction with her Comedy Central special, Stelling released her second comedy album “Simply the Beth”. The Interrobang and Splitsider named it one of the top ten albums of 2015. Her second stand-up special was filmed in L.A. and is streaming on Netflix as part of The Standups series. Beth’s first hour stand-up special “Girl Daddy” produced by Conan O’Brien and Team Coco is available now on HBO Max. As a writer, Beth has written on I Love You America with Sarah Silverman, The Last O.G. on TBS, and more. Beth is a go-to hire for punch-up on features, and most recently was an on-set writer and Associate Producer for the film Good Boys written by Lee Eisenberg and Gene Stupnitsky, produced by Seth Rogen and Evan Goldberg. Currently Beth is writing a half-hour comedy script (in which she would star) with Sharon Horgan, in development at FX. On the acting front, Beth can be seen in season 2 of Amazon’s series Red Oaks opposite Jennifer Grey, as a guest star on Comedy Central’s series Corporate, and can be heard in her own podcast (with her mom Diane) called We Called Your Mom on Earwolf with Stitcher Premium, now recording its second season. 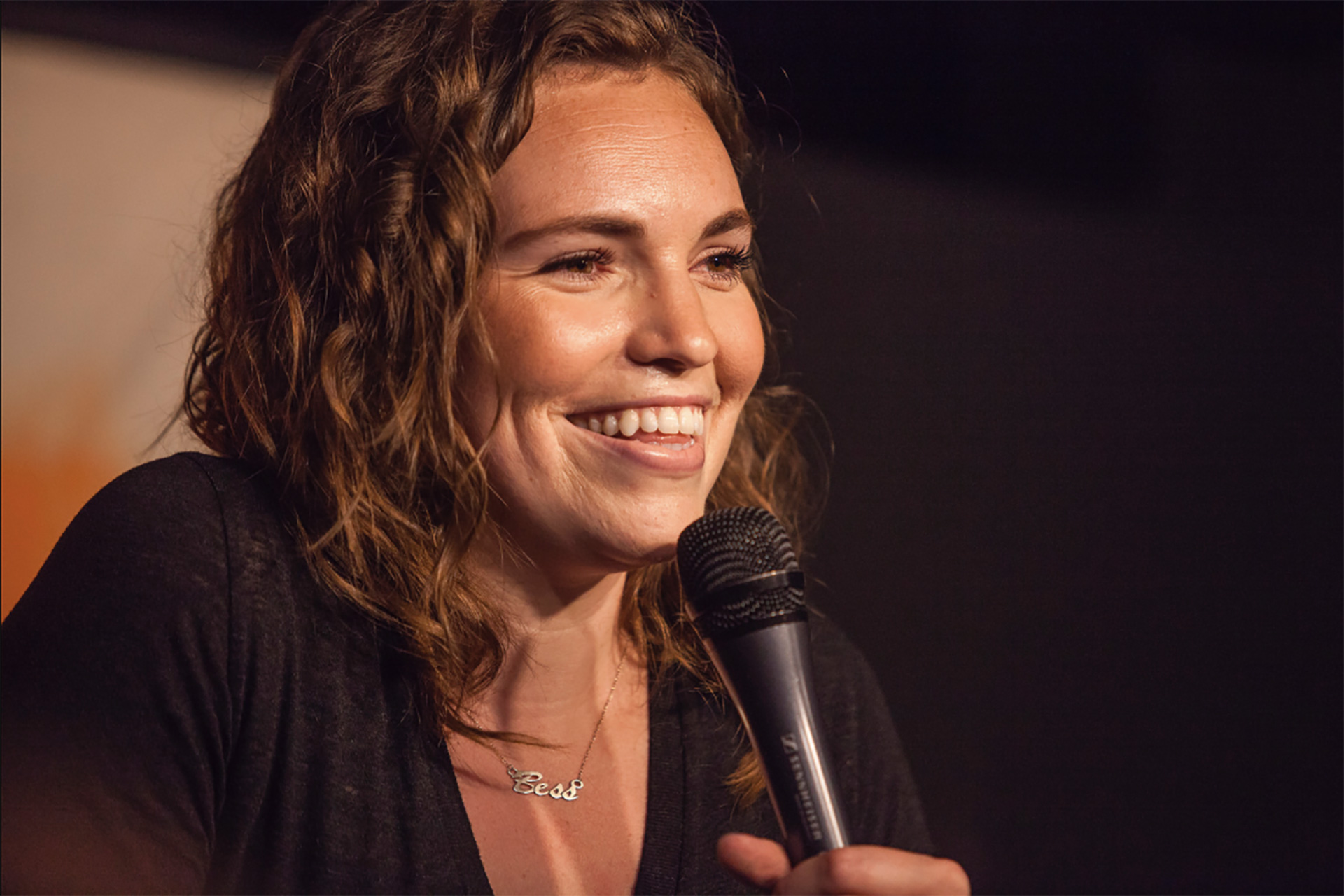