“William Edward Crystal (born March 14, 1948) is an American actor, comedian, writer, producer, director, and television host. He gained prominence in the 1970s and 1980s for television roles as Jodie Dallas on the ABC sitcom Soap and as a cast member and frequent host of Saturday Night Live. He then became a Hollywood film star during the late 1980s and 1990s, appearing in the critical and box office successes Rabbit Test (1978), Running Scared (1986), The Princess Bride (1987), Throw Momma from the Train (1987), Memories of Me (1988), When Harry Met Sally… (1989), City Slickers (1991), Mr. Saturday Night (1992), Analyze This (1999), and Parental Guidance (2012). He provided the voice of Mike Wazowski in the Monsters, Inc. films, starting in 2001. He will reprise his role in the upcoming Disney+ series Monsters at Work (2021).
He has received numerous accolades, including six Primetime Emmy Awards (out of 21 nominations), a Tony Award, a Mark Twain Prize, and a star on the Hollywood Walk of Fame in 1991. He has hosted the Academy Awards nine times, beginning in 1990 and most recently in 2012.” 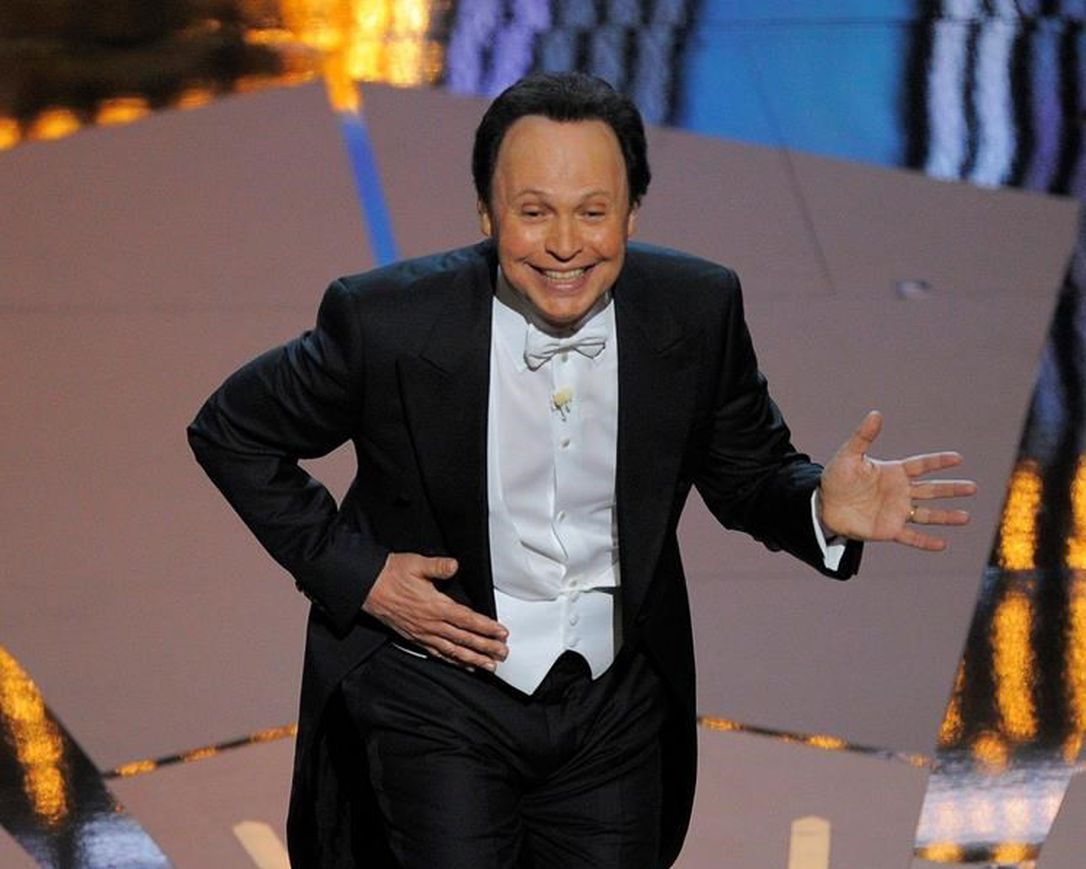 American standup up comedian, actor, writer, and director Billy Crystal has received numerous awards for his work including five Primetime Emmy Awards, a Tony Award, and a Drama Desk Award. He has also received multiple Golden Globe Award and Grammy Award nominations. Crystal won his first Primetime Emmy Award in 1989 for his hosting abilities of the 31st Grammy Awards. He won his second Emmy in 1991 for hosting, and writing the material at the 63rd Academy Awards. He received two Grammy Award nominations for his comedy album, You Look Marvelous in 1987, and his Spoken Word Album, Still Foolin’ Em in 2013. For his work performing stand-up, writing, acting, directing, and producing, Crystal has received several awards and nominations. Among them are 21 Emmy Award nominations, with six wins. He won a Tony Award, and Drama Desk Award for his one man performance play, 700 Sundays in 2005. In 1991, Crystal was honored by being given a star on the Hollywood Walk of Fame. In 2007, Crystal received the Mark Twain Prize for American Humor where he was honored by his friends Robin Williams, Whoopi Goldberg, Rob Reiner, Robert DeNiro, Danny DeVito, John Goodman, Jon Lovitz, Jimmy Fallon, Martin Short, Bob Costas and Barbara Walters at the Kennedy Center.