Cara Jocelyn Delevingne is an English model, actress, and singer. She signed with Storm Management after leaving school in 2009. Delevingne started her acting career with a minor role in the 2012 film adaptation of Anna Karenina. Her most notable roles include Margo Roth Spiegelman in the romantic mystery film Paper Towns (2015), the Enchantress in the comic book film Suicide Squad (2016), and Laureline in Luc Besson’s Valerian and the City of a Thousand Planets (2017). 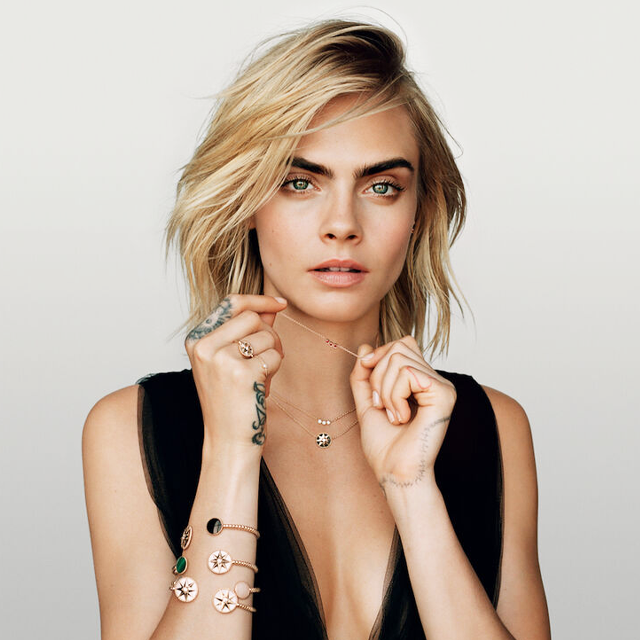 Delevingne won Model of the Year at the British Fashion Awards in 2012 and 2014. In 2015 she won Breakthrough Actress at the Elle Style Awards, and in 2015 she won a Teen Choice Award for Choice Summer Movie Star: Female for Paper Towns.