Constance Wu (born March 22, 1982) is an American actress. She starred as Jessica Huang in the ABC television comedy Fresh Off the Boat (2015–2020), which was her breakthrough role. She has been nominated for two TCA Awards and four Critics’ Choice Television Awards for Fresh Off the Boat. In film, Wu was further lauded for her role as Rachel Chu in the 2018 romantic comedy-drama film Crazy Rich Asians, for which she was nominated for the Golden Globe Award for Best Actress in a Comedy or Musical and the Screen Actors Guild Award for Outstanding Performance by a Cast in a Motion Picture, among others. She became the fourth Asian woman to be nominated for the former category and the first Asian actress in 40 years to be nominated for said category. In 2019, she starred in the crime comedy film Hustlers. In 2017, Wu was included on the annual Time 100 list of the most influential people in the world. 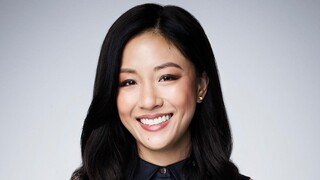 In 2018 she won Breakout Ensemble Award at Hollywood Film Awards for Crazy Rich Asians, in 2015 she won Female Breakout Star of the Year at Unforgettable Gala-Asian American Awards in 2015 for Fresh off the Boat, and in 2016 she won Best Ensemble-Drama for 7th Indie Series Awards for Eastsiders.