DEV
Inquire Here!
Looking to Book DEV?
Devin Star Tailes (born July 2, 1989), better known as Dev (sometimes stylized as DEV or dEV), is an American singer, songwriter, rapper, model and radio host. She was discovered by The Cataracs and record label Indie-Pop via Myspace after Dev’s friend Shane Crislip posted a video of her singing. Dev’s song “Booty Bounce” was sampled in Far East Movement’s hit single “Like a G6”, which reached number one in the US and sold over four million downloads in the country.

Dev was signed to Universal Republic in October 2010 and released her debut single, “Bass Down Low”, on November 16, 2010, which reached the top 10 in the United Kingdom. Her debut album, The Night the Sun Came Up, was released on March 27, 2012. The album’s second single, “In the Dark”, peaked at number 11 in the US chart, making it her most successful solo single to date. In 2014, Dev released two EPs, Bittersweet July and the second part as a follow-up to part one. She is also a radio host of the popular radio Beats 1 by Apple, founded in 2015.

In mid-2016, Dev started promoting her second album with an lead single called “#1”, featuring Nef the Pharaoh, which reached the top 15 on the Billboard Rhythmic Songs chart. Dev’s second studio album, I Only See You When I’m Dreamin’, was made available for pre-order in July 2017; it includes the singles “All I Wanna Do” and “Come at Me” and is her first full-length project since 2011’s The Night the Sun Came Up. 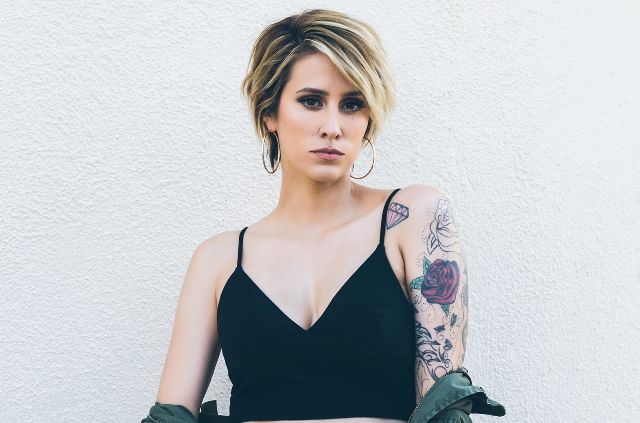