LA–based folk–pop trio Distant Cousins offers up a blend of music that, like the band name, suggests both deep connections and a wide variety of genres –all on display in theirJullian Records’ debut album, Next Of Kin,out this fall.Their original music reflects a fluid collaboration of three distinct songwriters, producers, and performers.In the studio, the cousins share various roles as producers, writers and musicians. At their live shows, however, roles are moredelineated; Ami sings, plays bass, and handles looping responsibilities, Dov sings, plays drums, and acoustic guitar, and Duvid sings and is the maestro of a myriad of stringed instruments. Onstage, the band also augments its sound with “honorary cousins”as guest musicians.Each cousin brings his unique background to the group. Duvid grew up in the Middle East, on a small musical commune in Israel full of hippies and gypsies –owning only record players as appliances. Ami and Dov grew up on the East Coast, attending the same high school in New Jersey a few years apart. Ami is formally trained from Berklee and is forever a fan and student of bold and modern production values. Dov and Duvid come from the organic perspective of stripping a song down to its essentials—guitar and voice—to test its mettle. The blend of these two vantage points—cutting edge pop sonics with classic songcraft—is a thorough line that runs deeply through the Distant Cousins song catalog.The 11 tracks onNext Of Kin,traverse folk–pop, anthemic pop, heartland pop–rock, and bluesy hues. “I think what ties the songs together is honesty. What comes from the heart goes to the heart,” explains Duvid. Select standout cuts include “Lights On,” “Running,” “In My Blood,” and “Mighty Love.” Stanky James Brown grooves, swampy New Orleans second line funk, flourishes imbue “Lights On,” a be–true–to–yourself banger. Subtle layers of meaning provoke thought on the stirring sing–along “Running,”which,Dov explains,as “examining today’s faster–than–ever pace. With all the constant motion, we have to ask ourselves ‘are werunning to,or running from?’” Cultural pride swells on the tender slow burner “In My Blood.” And the rousing “Mighty Love” is a stark reminder to hold your next of kin close to protect them in these volatile times.Up next, the guys in Distant Cousins are planning a national tour and crafting more indie–pop masterpieces. Mulling over the meaning of this familial journey in music, Ami says: “In this business, you can get lost in the grind. Music can become a service rather than an art. With Distant Cousins, we bring all the skills we’ve acquired in the grind back to being art. And that’s because of our connection as a trio—it’s truly a blessing.” 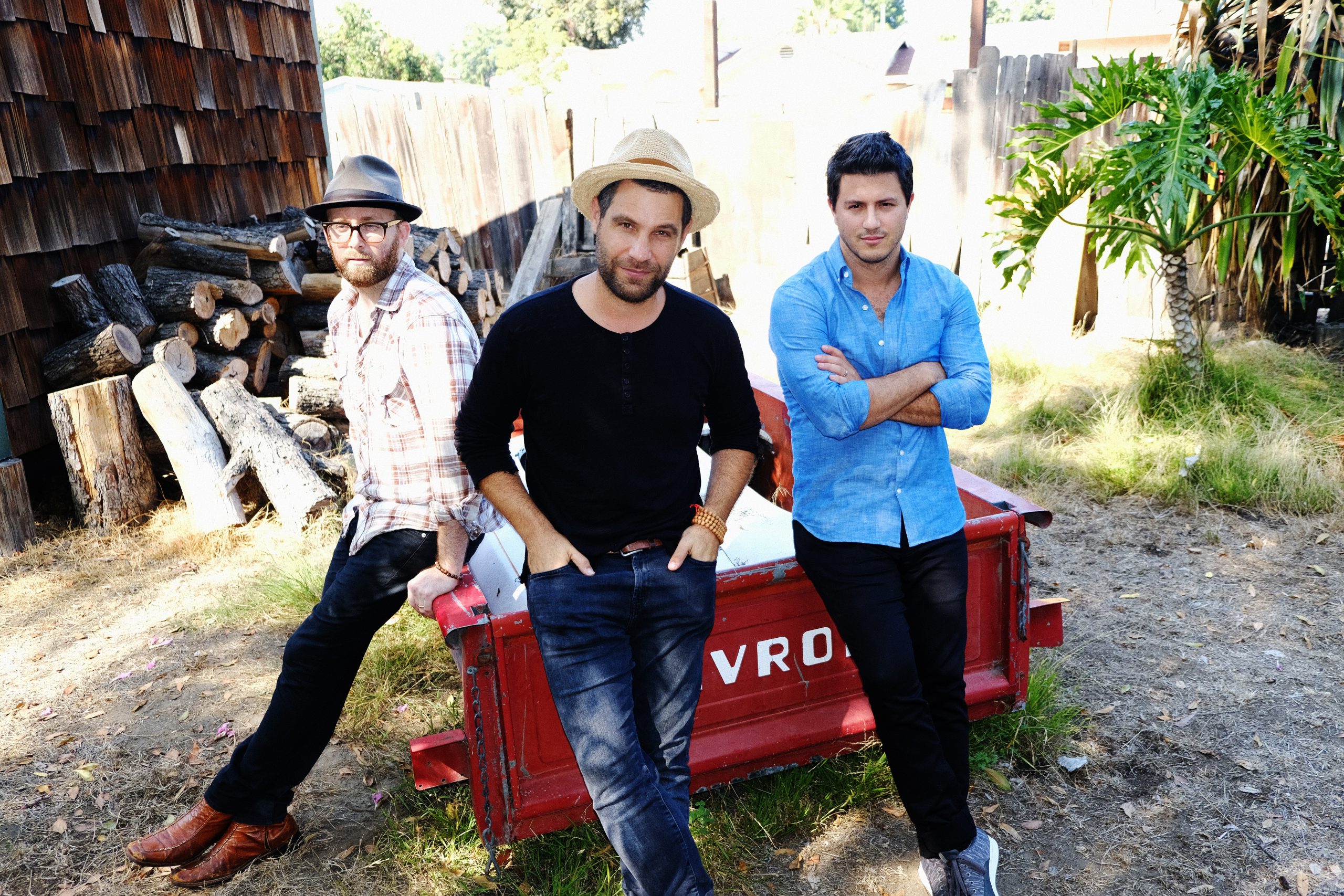