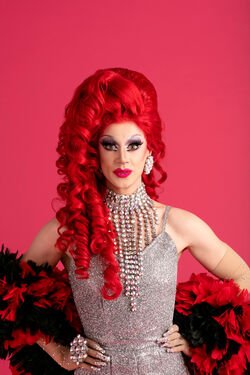 On 21 August 2019, Divina De Campo was announced as one of the 10 queens to be competing in the first series of RuPaul’s Drag Race UK. From November–December 2019, De Campo toured the UK alongside the cast of series one of RuPauls Drag Race UK, hosted by Drag Race alum Alyssa Edwards. De Campo won three challenges and finished as the first runner-up. In January 2020, De Campo attended the first ever RuPaul’s DragCon UK.