When singer-songwriter Fana Hues was a child, illness took away her voice for almost five years. “I had scarlet fever, tonsillitis, and strep throat at the same time,” recalls the 25-year-old from Pasadena, CA, about the years she spent yearning to sing—years her mother, a dancer and healer, spent concocting natural medicines and elixirs that would eventually restore her voice. A challenging and humbling experience, Fana’s period of near voicelessness led her to appreciate the power of healing, and to realize her purpose as a musician at a young age.A student of R&B’s masterful vocalists Nina Simone, Dionne Warwick, Anita Baker, Beyonce Knowles, and Mary J. Blige, and one of nine children, Fana was raised within a large musical family.More recently, Fana was cast in a musical biographical exploration of Elvis Presley’s early days. Fana shared, “I got to sing some of the blues and gospel songs he ‘borrowed’ from black artists, but being in the production, and repeating the same track every night for over 9 months, allowed me to discover my voice in an entirely different way.”

Over the past five years, Fana has released a slew of demos, sporadically sharing old songs she says she just had lying around. Hence, her forthcoming collection, Hues, feels like her first real body of work. “When I was writing it, I was mourning a relationship,” Fana says about the meticulous, soul-stirring 10-track project. An expression of heartbreak and lost love, Hues unpacks and breaks down the stages of grief, in all its shades. Intuitive, powerhouse vocals run and repeat over entrancing, soulful production, cathartically etching the process of grief, which Fana describes as “denying the fact that it happened, turning it into shameful pettiness, self-reflection, re-grounding myself and acceptance, and then letting it go.” The sonically-sprawling collection of tracks weaves moody trances with funky bass lines and delicate strings, landing cohesively as a thorough reflection on the complexity of human emotion. “I thought it was super important for me as a black woman to be open about that because so many times I feel like I’m not allowed to express my emotions.” In Fana’s words, “I’m kind of all over the place, but there’s always a method to the madness; it’s all centered; it all has a purpose.” 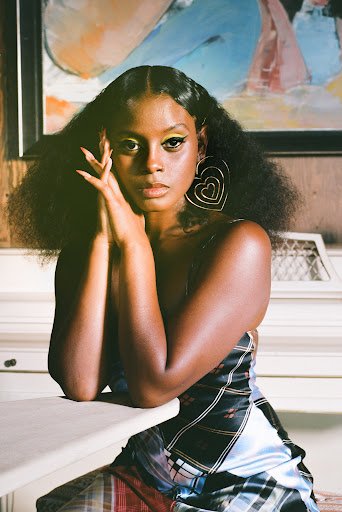