Immanuel Wilkins is a saxophonist, composer, educator, and bandleader from the greater Philadelphiaarea. While growing up, Wilkins honed his skills in the church and studied in programs dedicated to teaching jazz music like the Clef Club of Jazz and Performing Arts. After moving to New York in 2015, he proceeded to earn his bachelor’s degree in Music at Juilliard (studying with the saxophonists Bruce Williams and the late, great Joe Temperley) while simultaneously establishing himself as an indemand sideperson, touring in Japan, Europe, South America, The United Arab Emirates, and the United States and working and/or recording with artists like Jason Moran, the Count Basie Orchestra, Delfeayo Marsalis, Joel Ross, Aaron Parks, Gerald Clayton, Gretchen Parlato, Lalah Hathaway, Solange Knowles, Bob Dylan, and Wynton Marsalis to name just a few. It was also during this same period that he formed his quartet featuring his long-time bandmates: Micah Thomas(piano),Daryl Johns(bass)and Kweku Sumbry(drums).

By studying the humanity and the cultural specificity of jazz, Wilkins aspires to bring people together through his art. His debut recording, Omega —produced by Jason Moran— was released by Blue Note Records in 2020 and has received uniformly rave reviews. In addition to being voted “Best New Jazz Artist” in the JazzTimes Critics’ Poll and “Best New Talent of 2020” by Musica Jazz, Wilkins’ Omega has appeared on numerous “Best of 2020” lists — most notably,” it was named NPR Music’s “Best Debut Jazz Recording of 2020” and the New York Times number one Jazz Recording of 2020. Wilkins began 2021 on a very positive note. He was nominated for a NAACP Image Award (Best Jazz Instrumental album) and won the prestigious LetterOne Rising Stars Jazz Award. 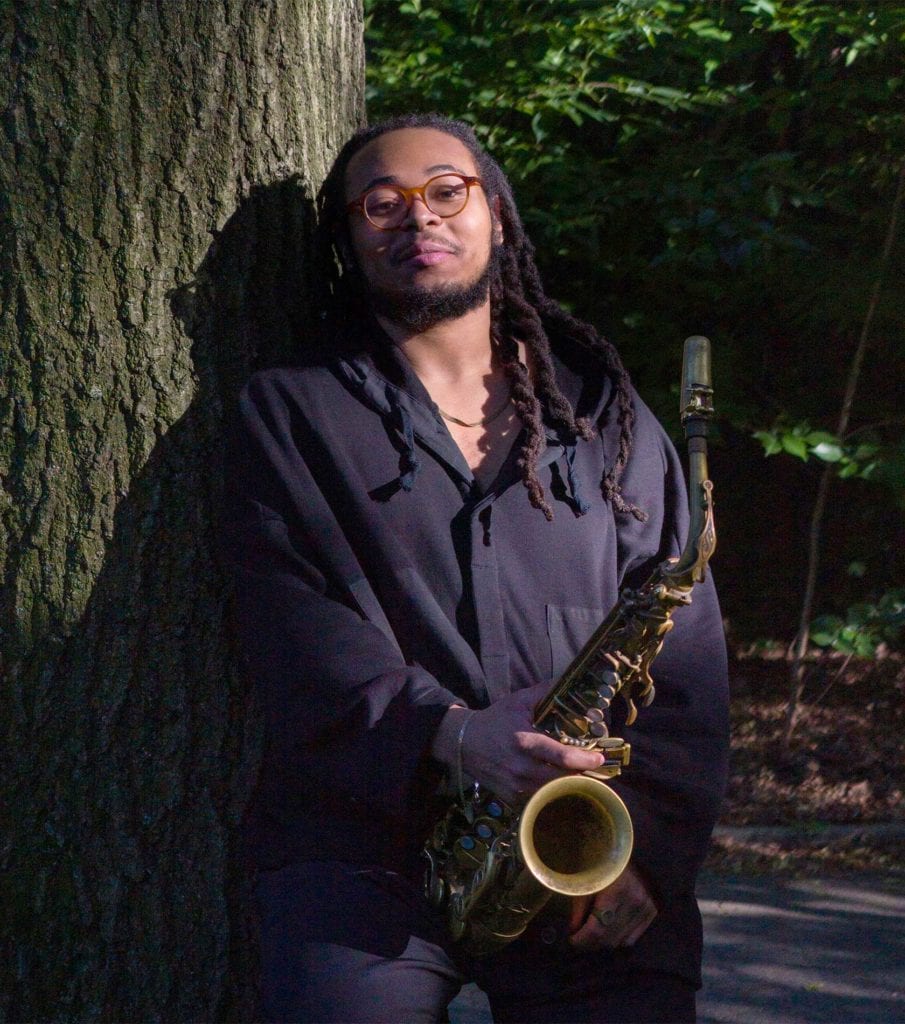