JPEGMAFIA is an American rapper, singer and record producer from Brooklyn, New York. His 2018 album Veteran, released through Deathbomb Arc, received widespread critical acclaim and was featured on many year-end lists. It was followed by 2019’s All My Heroes Are Cornballs, released to further critical acclaim. Hendricks developed an interest in music production at the age of 15, and he began producing after he learned how to sample. He has cited Kanye West, Ol’ Dirty Bastard, Throbbing Gristle, MF Doom, Lil B, Chief Keef, Hanson, Ice Cube, Rick Rubin, Cam’Ron, Björk, Janelle Monáe, Radiohead, The Backstreet Boys and Arca as influences.

In 2020, Hendricks released several singles across the span of the year, and compiled them into an EP, aptly titled EP!. It was released on Hendricks’ Bandcamp page on November 6, and on streaming services with the addition of one extra single on December 10. On February 12, 2021, Hendricks released his second extended play EP2!. 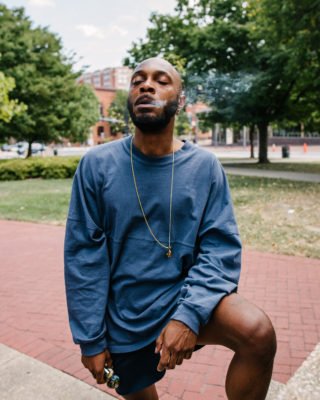