Khalid
Inquire Here!
Looking to Book Khalid?
Khalid Donnel Robinson (born February 11, 1998) is an American singer and songwriter. He is signed to Right Hand Music Group and RCA Records. In March 2017, Khalid released his debut studio album, American Teen, the album spawned the US top-20 singles, “Location” and “Young Dumb & Broke”, and was later certified double platinum by the Recording Industry Association of America (RIAA). Later that year he was featured on Logic’s US top-ten single, “1-800-273-8255”, with Alessia Cara, which earned him a Grammy Award for Song of the Year nomination. The following year Khalid released the number one pop songs, “Love Lies” with Normani and “Eastside” with Benny Blanco and Halsey, both of which tied the record for longest charting songs on the Mainstream Top 40 chart and and reached the top-10 on the Billboard Hot 100. In September 2018, Khalid released the number one rhythmic song, “Better”, as the lead single from his top-10 EP, Suncity. In April 2019, he released his second studio album, Free Spirit, which debuted atop the Billboard 200 chart. The lead single “Talk”, peaked at number 3 in the US, and earned him a Grammy Award for Record of the Year nomination. Khalid has received multiple accolades including six Grammy Award nominations, six Billboard Music Awards, three American Music Awards and a MTV Video Music Award. In 2019, Khalid was named one of Time magazine’s 100 Most Influential People. 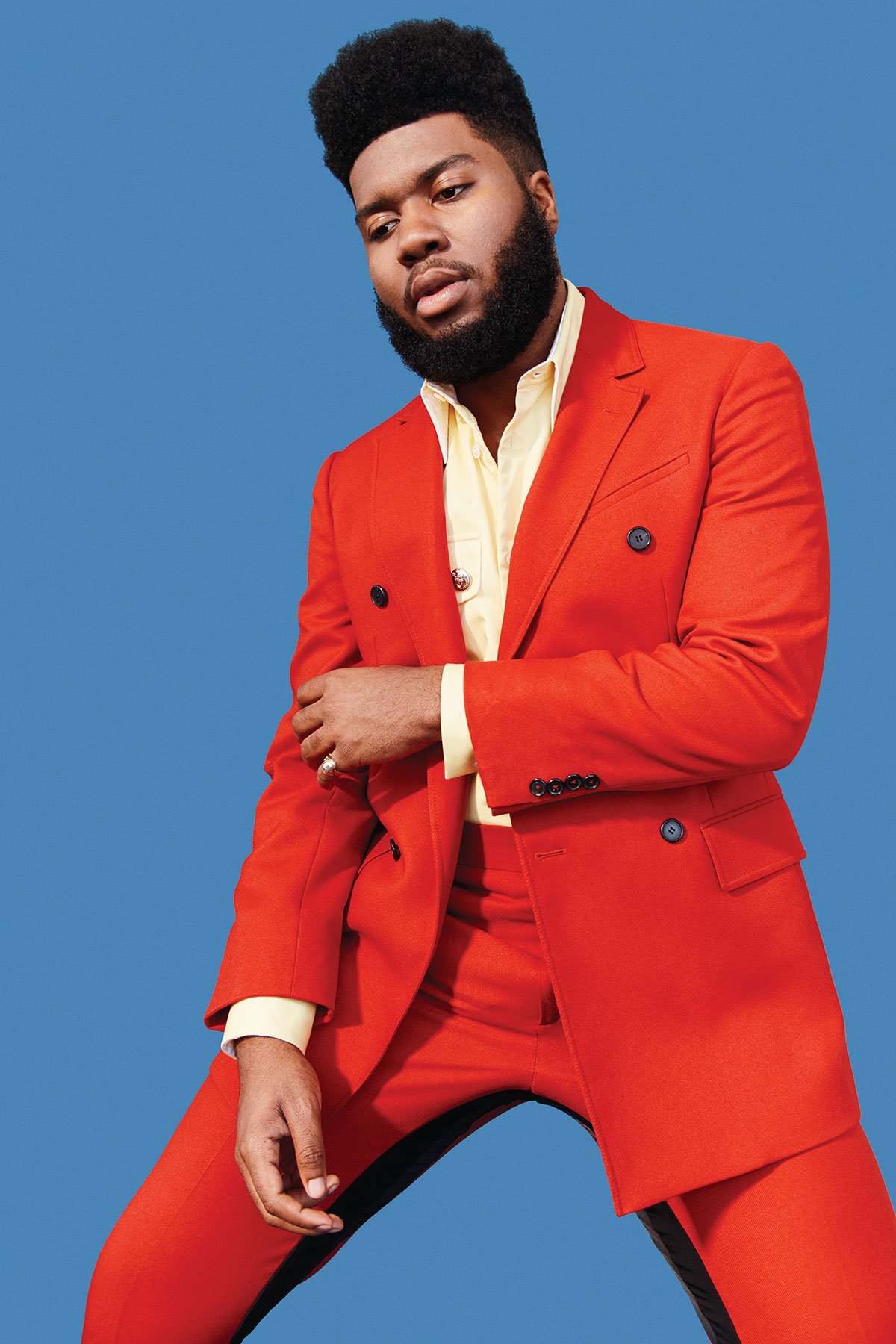