A darkly textured indie rock combo with a reflective tone, Kississippi is the project of Philadelphia singer/songwriter Zoë Reynolds. Initially a duo, the band made its debut in 2014 with the sparsely appointed I Can Feel You in My Hair Still, a spectral folk EP. The duo parted ways in 2016, leaving Reynolds to reconfigure Kississippi as a full electric band of which she was the captain. Kississippi’s debut album, Sunset Blush, saw the light of day in April 2018. 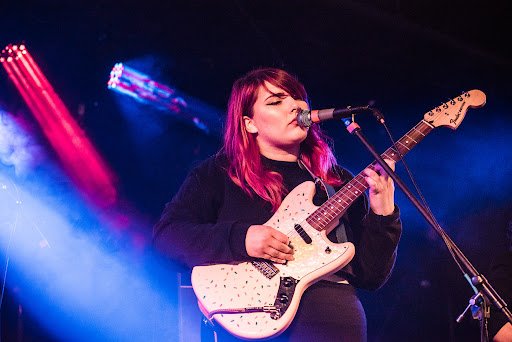