Latto was born Alyssa Michelle Stephens in 1998 and grew up on the south side of Atlanta, where she started rapping at age ten. Identifying as biracial, with a Black father and white mother, she first adopted the stage name Miss Mulatto. Prior to appearing on TV, Stephens developed a strong local following by performing at various events, opening for other artists, and through her activity on social networks. In 2016, at age 16, Stephens joined the cast of the Queen Latifah- and Jermaine Dupri-produced Lifetime reality TV rap show The Rap Game. After an eight-week boot camp-style competition in which she competed against four other aspiring rappers, Latto was crowned the winner of The Rap Game. Following her win, she signed a recording contract with Dupri’s So So Def Recordings and issued the single “No More Talking.” Before 2016 was up, the rapper released an eight-song self-titled project. Soon afterward, she shortened her stage name to Latto and began work on new material. 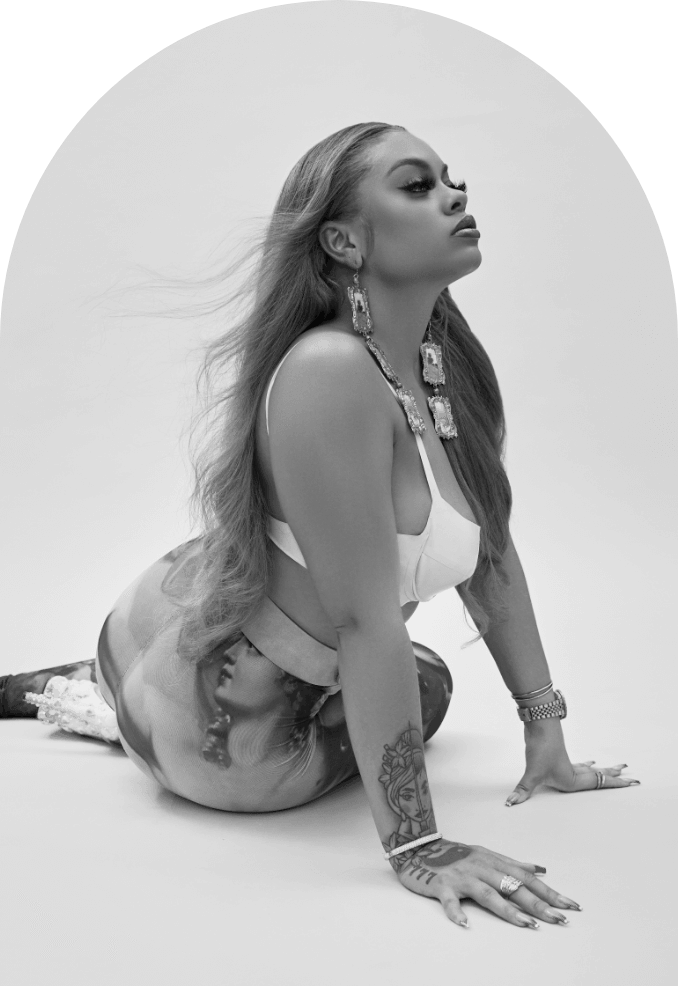