Lupita Amondi Nyong’o is a Kenyan-Mexican actress. Nyong’o began her career in Hollywood as a production assistant. In 2008, she made her acting debut with the short film East River and subsequently returned to Kenya to star in the television series Shuga (2009–2012). Also in 2009, she wrote, produced, and directed the documentary In My Genes. She had her first feature film role as Patsey in Steve McQueen’s biographical period drama 12 Years a Slave (2013). 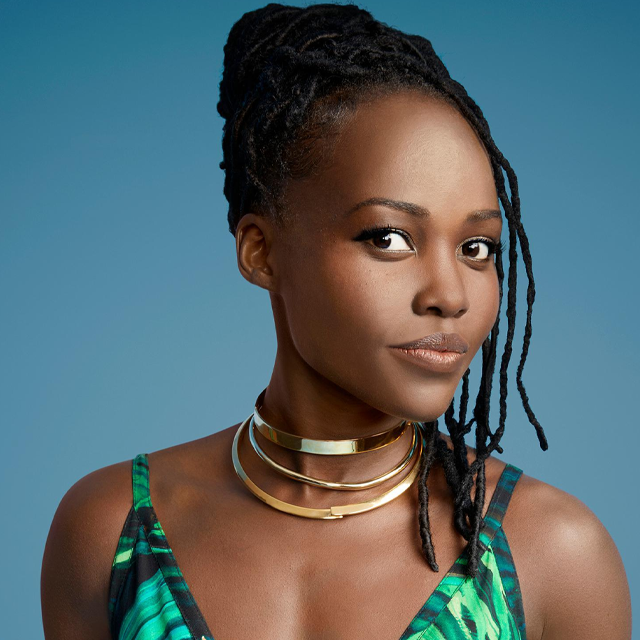 In 12 Years a Slave (2013) she received critical acclaim and won several awards, including the Academy Award for Best Supporting Actress. She became the first Kenyan and Mexican actress to win an Academy Award. Nyong’o made her Broadway debut as a teenage orphan in the play Eclipsed (2015), for which she was nominated for a Tony Award for Best Actress in a Play. In 2014, she was named the most beautiful woman by People. Nyong’o has also written a children’s book named Sulwe (2019), which became a number-one New York Times Best-Seller. Also in 2019, Nyong’o narrated the Discovery Channel docu-series Serengeti, which earned her a Primetime Emmy Award nomination for Outstanding Narrator. Nyong’o was cited as one of the Top 100 most influential Africans by New African magazine in 2019. Nyong’o was named among Africa’s “50 Most Powerful Women” by Forbes in 2020.