María Becerra, is an Argentine singer and former YouTuber. She has been dubbed as “a leading voice in Argentina’s urban pop movement”. In 2020, Becerra became the first Latin artist to be signed to the indie record label 300 Entertainment. In 2021, Becerra released her second EP, Animal, Pt. 1 which included the Cazzu-assisted “Animal” and the solo “Acaramelao”. Both singles became hits in Argentina, where they peaked at number five and seven, respectively. The EP shifts genres between hip-hop, reggaeton, trap, hip-hop, R&B, and hints of salsa, and explores the themes of women empowerment, love, and lust. 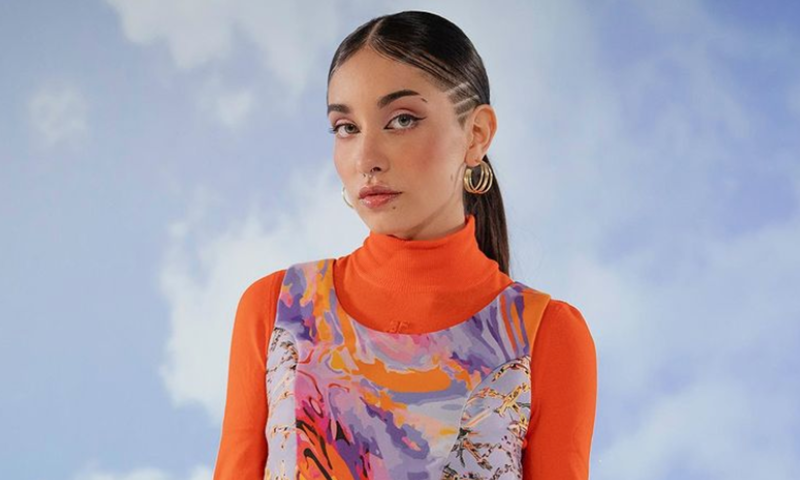