Matias is an American / Colombian pop artist redefining the world of Latin Pop. Raised by a Colombian-born father and American-born mother, life for Matias has always been that of great diversity. At an early age his father was abruptly deported from the United States back to his country of Colombia, which was difficult for Matias to accept being separated. Lulled into the world of music by sensations such as Frank Sinatra and Pavarotti, Matias began focusing on Classical Music, Jazz, and Opera. At the age of 15 Matias picked up his first guitar and discovered a new passion in music and composition. Releasing his first EP at 16 years old he began developing a growing fan base under his birth name Sebastian Rivera. He began opening shows for national touring acts at local clubs in his area and was beginning to receive strong local recognition. In 2012, Matias completed a multi city tour promoting Anti-Bullying and playing his original music for 2000+ students per show. In the summer of 2014, Matias independently moved to New York City. Searching for his sound and a way to grow his music he began working with different music producers and experimented in a multitude of genres (R&B, FUNK, SOUL, POP). While living in New York City, Matias would bring an acoustic guitar (sometimes a microphone) and perform for patrons in the subways. Fast forward 2016, Matias moved to Colombia to reconnect with his roots and explore his latin culture. Inspired by his environment and passionate music in his soul, Matias began creating music with a latin flare. Creating records such as “Wildside”, “If You Only Knew”, and “Addictive” Matias alongside Grammy Nominated Producer Jorge “Pyngwi” Holguin ( Don Tetto, The Mills), began blending elements of his pop background with a latin edge. The challenge Matias faced was he did not yet speak fluent spanish. Focusing on mastering the language and diving deeper into the culture Matias began working on more music with Producers and Writers such as Noise Up (Manuel Turizo x Nicky Jam, Rels B, Arcangel ), Felipe Santos (Cali y El Dandee, Ventino), and Latin Grammy Award winner Mayinbito. Matias has been living and working between Colombia and the U.S. Performing at many different venues across the United States, He has had the opportunity to play shows at major national venues such as House Of Blues, Musikfest, and Xfinity Live. 2020 was a strong year for Matias starting with his first all Spanish single “No Me Dejes Solo”, which was featured by Univision. Following the success came the releases of “Llamas”, “Embrujandome”, “Tus Frutos” and “Porque Amor” ; accumulating nearly 600k streams as well as many interviews with major news outlets throughout the Latin America and the US. On schedule with last year’s release, Matias will continue to release new music every 6-8 weeks and will focus on growing his base as well as securing some features with major artists. 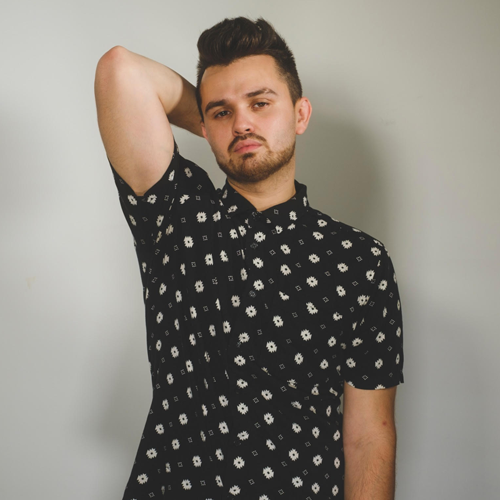