Having been named one of Rolling Stone’s “50 Funniest People,” Buzzfeed’s “50 Hottest Men in Comedy,” and Variety’s “Top 10 Comics To Watch,” Che is quickly leaving his mark on the media landscape. A native of lower Manhattan, Che’s comedy uses humor to identify humanity in the most controversial actions. He applies street culture to world issues with a delivery that The New York Times describes as “a reflective, laid-back stage presence with jokes that draw as much from his city upbringing…as from blunt, insightful points that bring the abstract into focus.”

Che is currently the co-anchor of Saturday Night Live’s iconic “Weekend Update” segment where he is also a co-head writer for the show. Prior to joining SNL, he was part of “The Best F*&#ing News Team Ever!” as a correspondent on Comedy Central’s Emmy & Peabody Award-winning program “The Daily Show with Jon Stewart”. Che has performed stand-up on NBC’s Late Night with Seth Meyers and on CBS’s Late Show with David Letterman. In 2016, he released his first hour-long stand-up special entitled Michael Che Matters on Netflix. His first special aired in 2014 on Comedy Central’s “The Half-Hour” stand-up series. 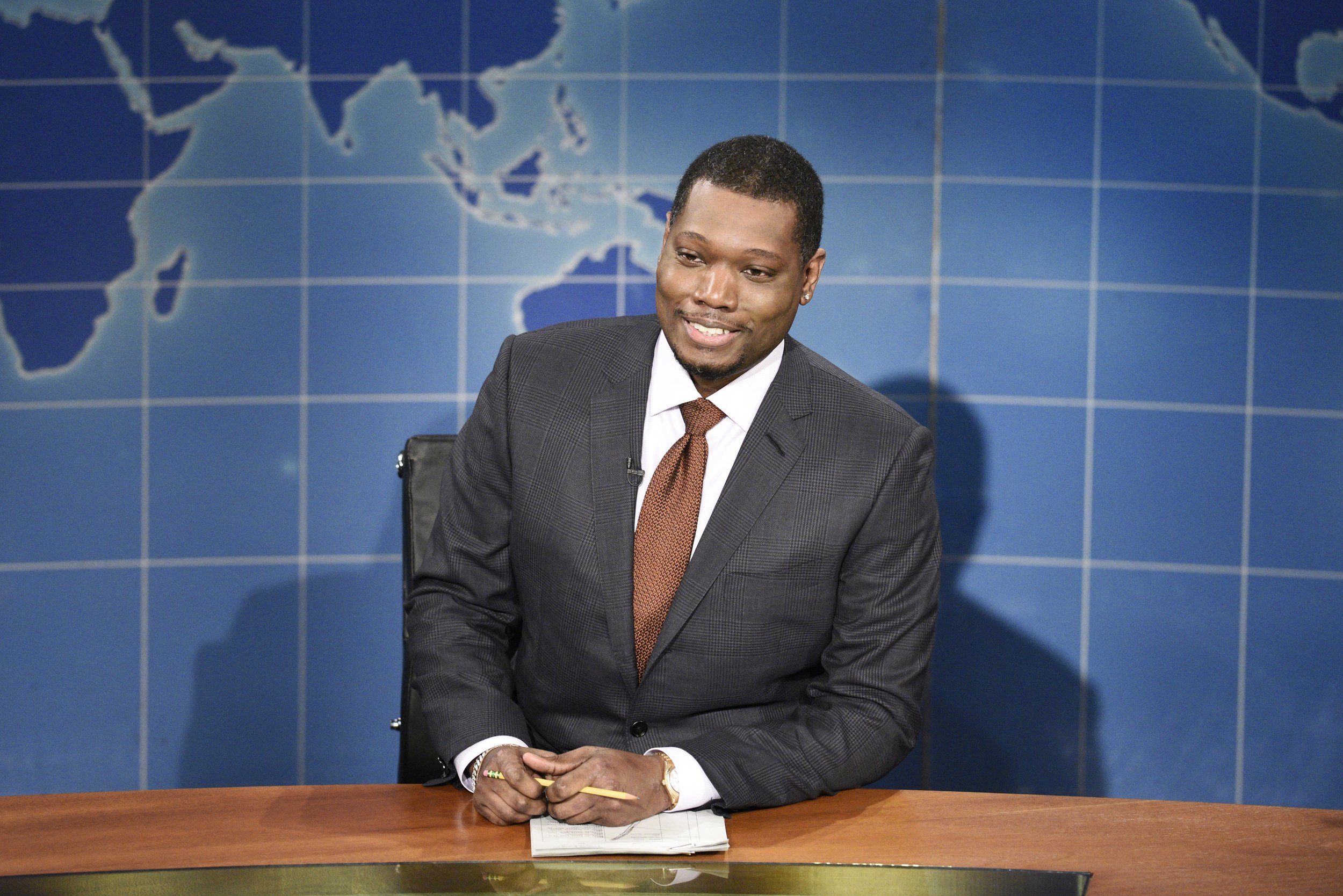