Felipe Ubeda, musician, composerand luthier-aka “Cigarbox Man”, began his path in music playing different instruments. Aftergraduating from college, hetravelled to different parts of the world learning and exploring, and this led to him getting to know more about the Cigarbox guitar. In 2017 he recorded his first single, followed by the creation of his group and calling himself “Cigarbox Man”. With the Cigarbox guitar, Felipe begana path of musical experimentation, mixing raw blues and psychedelic rock, giving formation and contributing innovative sounds to music, resulting in great interest by fans old and new alike. A dedicated advocate of protecting the environment and the planet, In June of 2021 Felipe recorded his latest “Cigarbox Man”album (which is also the first “Carbon Neutral Album”) at Hyde Street Studios (San Francisco) with renowned Rock musicians from the U.S. 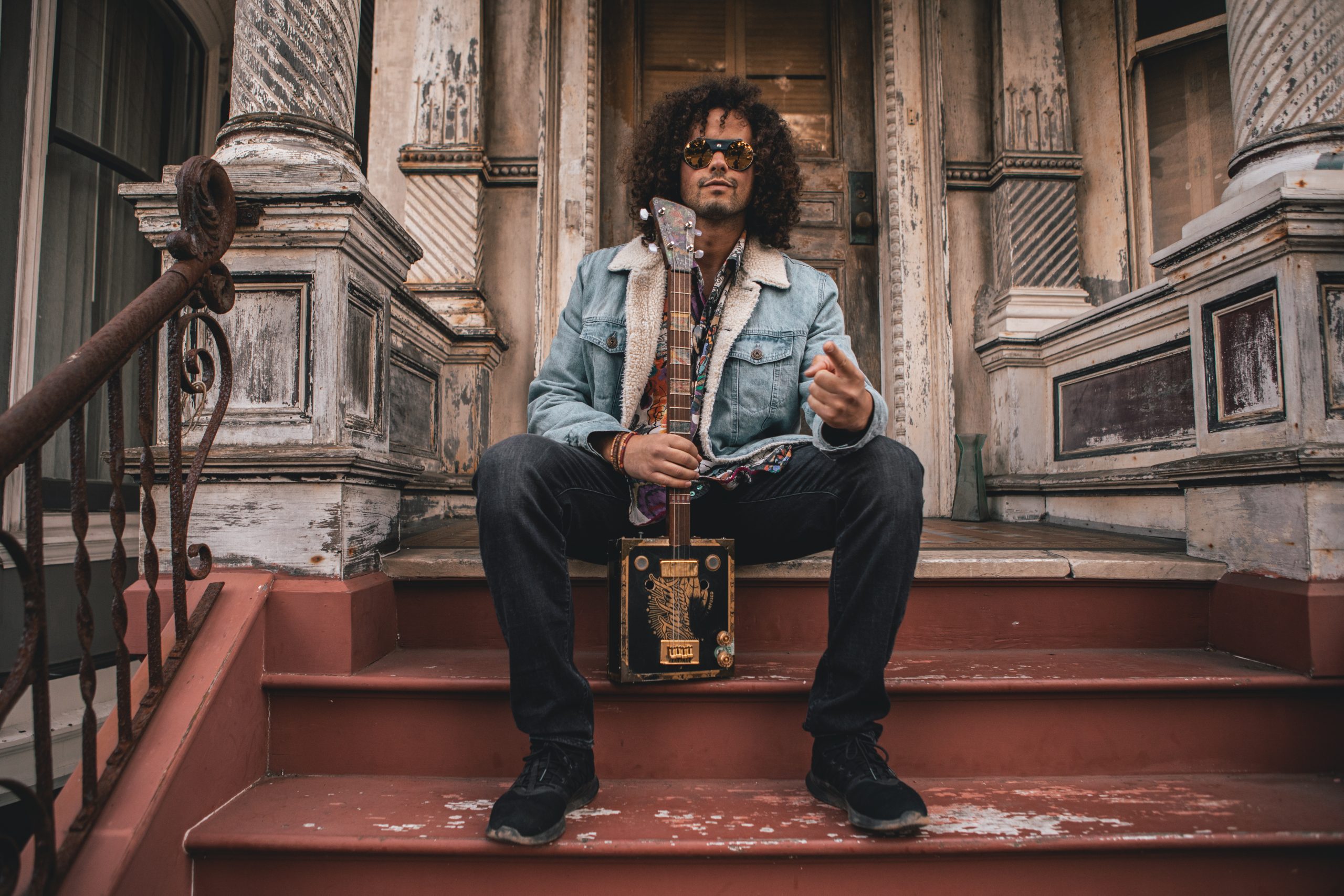