Singer-songwriter Jennafer Lynsey would probably be the first person to tell you that she has had a few “pinch me” moments lately… and well, who would blame her? The Buffalo, NY native moved to Nashville, worked with accomplished musicians, wrote outstanding songs, signed to a record label, and introduced her song “Face To Face” to the world, with an accompanying music video. Who says dreams don’t come true? “This whole experience has been incredible so far. I am so lucky to be working with such talented people.”

“Face to Face” is a energetic pop track with an unforgettable melody about being drawn to someone who lives hundreds of miles away. “It’s all about the struggle of wanting to be with someone but not being able to,” says Jennafer.  Writing this track was a natural process for Jennafer, since she was drawing from personal experience. “Face to Face” is paired with a vibrant music video directed by Bill Fishman, who has helmed videos for Counting Crows, Good Charlotte, Train and Nickelback, among others.

Growing up in upstate New York, Jennafer caught the music bug in her Elementary days, when performing in a fifth grade talent show solidified that singing was what she was meant to do. The next year, trouble with her sixth-grade best friend inspired her to start songwriting in an effort to express her feelings. From those early days, music was her passion. “As I got older, I played in a couple of bands who performed outside of school, but they never ended up really going anywhere, and we would inevitably break up. I realized I needed to rely on myself if I wanted to make music my career.”

Since releasing “Face To Face” last year, Jennafer’s profile has significantly heightened from interviews with Buffalo’s NBC, ABC, and CBS television network affiliates. Her social media following has increased on Youtube — where she puts up her singing videos called, “Bedroom Sessions” — on Instagram, where her followers have more than tripled.

Jennafer is excited to launch her second single, “Lights,” on April 27, 2018. “Lights” is a sweet, mid-tempo number that showcases her fluid vocal style. “’Lights’ is about feeling lost in life, in any situation,” Jennafer explains. “Everyone knows the feeling of being lost or alone, and I want ‘Lights’ to provide hope, and help people to look to the light and trust that in the end, it will all work out.”

Jennafer co-wrote “Lights” with her writing partner Keesy Timmer (Kelsea Ballerini), and the song came easily to the pair, but only after some prodding. “I was actually having major writer’s block at one songwriting session, and then Keesy looked at me and said, ‘Pick a word. Any word.’ So I looked around the room and saw this standing lamp with a bunch of bulbs on it, and I said, ‘Lights!’ He wrote it down and told me that was our song title. Then, he told me to name different types of lights. ‘Tail lights, porch lights, starlight, sunlight,” just flowed out of me. Next, Keesy asked me to tell him what lights do, and I said ‘flicker.’  At that point, he grabbed his guitar and started strumming and for both of us, the song just flowed and plopped itself on our computer screens. When a song flows out of you like that, it’s as if it’s coming from some higher form of inspiration.”

For both tracks, Jennafer enlisted superstar producer Matt Squire (Ariana Grande, Demi Lovato, One Direction, Selena Gomez). “Matt really listened to what I wanted, let me toss around ideas and asked for my input on the arrangement. He really did all the work that makes both ‘Face To Face’ and ‘Lights’ sound so incredibly amazing.”

Jennafer can’t wait to take her music on the road and play to her growing fan base. “Performing is my all time favorite thing to do in this entire world. It just completely lights me up. Feeling the crowd – that vibe is just indescribable. I always want people to leave feeling better than when they came in.” 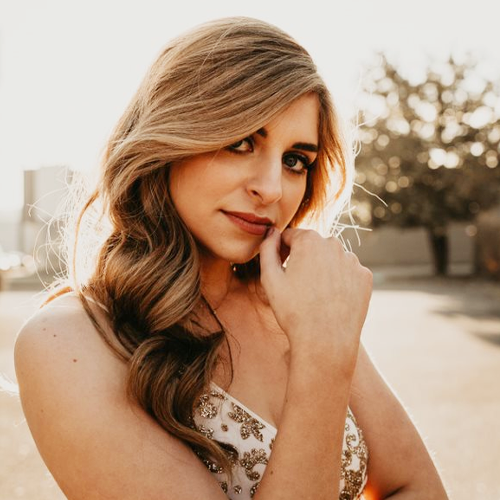