Natalia Dyer is an American actress known primarily for her role as “Nancy Wheeler” in the Netflix science fiction drama series Stranger Things (2016). Her career began around the age of twelve in 2009, in the family comedic drama Hannah Montana: The Movie (2009) starring Miley Cyrus. It was not until her late teens, did she land her breakthrough role on Netflix’s horror drama series Stranger Things (2016). On January 29, 2017 at the 23rd Screen Actors Guild Awards show, Dyer and the cast of “Stranger Things” became co-winners for “Outstanding Performance by an Ensemble in a Drama Series”. Fans can see her upcoming features including After Darkness (2019) and Mountain Rest (2018). 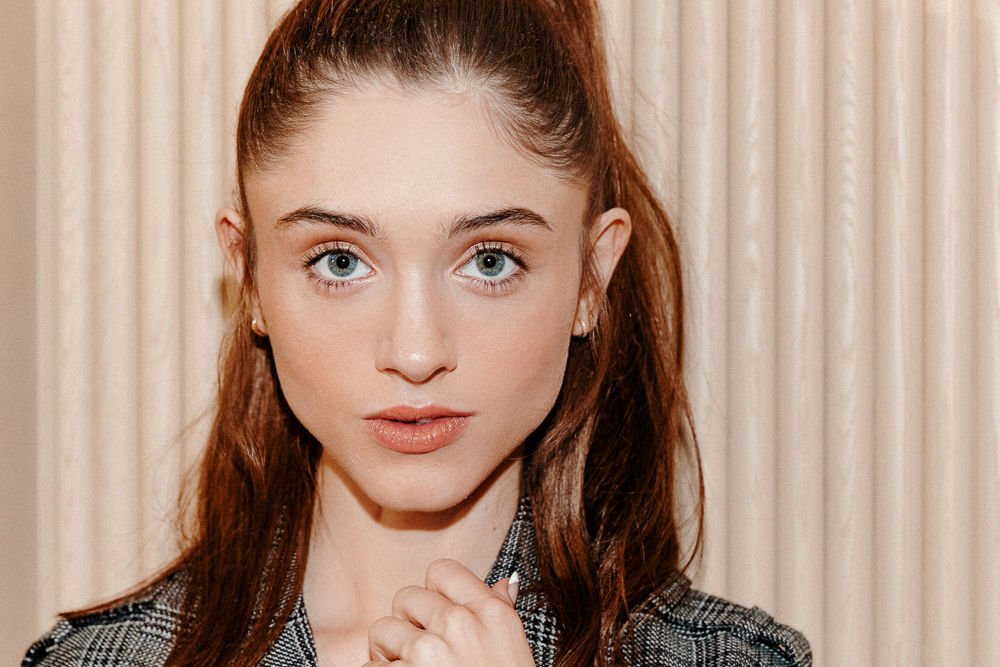