Sammy Anzer performs at colleges and clubs all across the country but his first comedic appearance was at JHS 157, where he ruined over 80 class periods of Earth Science and three of his sister’s birthdays. A few years later, when Sammy appeared on Kevin Hart’s LOL network “You Look Like,”  he lost every one of his roast battles for looking like “church camp Drake” and “the most handsome employee at Taco Bell.”

He was selected to perform at the Limestone Comedy Festival and was chosen for “Best of The Fest” at the 10 Thousand Laughs Festival, which are credits only comedians care about. Sammy Anzer is growing into the mixed-race comedic voice in America and has proven it by performing alongside DL Hughley, Rojo Perez, Maria Bamford, and Neal Brennan. Sammy’s grandma said it best, “if you’re a fan of Sammy Anzer, you’re a fan of yourself.” Expect confidence, joy, and thought provocation.

You can hear him on the comedy station 103.1, and see him in the web series Comedians doing stuff in Denver and check his tour dates to catch him live. 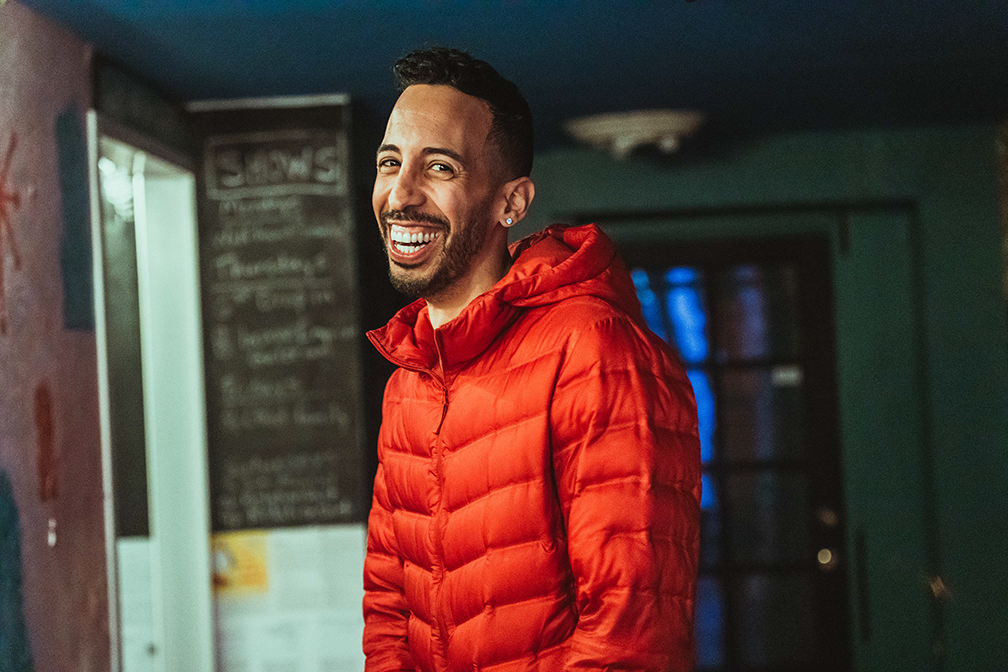