Saoirse Una Ronan (SUR-shə; born 12 April 1994) is an Irish and American actress. Primarily noted for her roles in period dramas since adolescence, she has received numerous awards and nominations, including one Golden Globe Award and nominations for four Academy Awards and five British Academy Film Awards. Ronan made her debut in 2003 on the Irish medical drama The Clinic and had her breakthrough in the role of a precocious teenager in Joe Wright’s Atonement (2007), which earned her a nomination for the Academy Award for Best Supporting Actress. She followed this with starring roles in Peter Jackson’s The Lovely Bones (2009) and a teenage assassin in Hanna (2011), and the supporting role of a baker in Wes Anderson’s The Grand Budapest Hotel (2014). She garnered critical acclaim for playing a homesick Irish immigrant in 1950s New York in Brooklyn (2015), the eponymous high school senior in Greta Gerwig’s Lady Bird (2017), and Jo March in Gerwig’s Little Women (2019). She was nominated for the Academy Award for Best Actress for all three performances, and won a Golden Globe Award for Best Actress for Lady Bird. On stage, Ronan portrayed Abigail Williams in the 2016 Broadway revival of The Crucible. She was featured by Forbes in two of their 30 Under 30 lists. In 2020, The New York Times ranked her tenth on its list of the greatest actors of the twenty-first century. 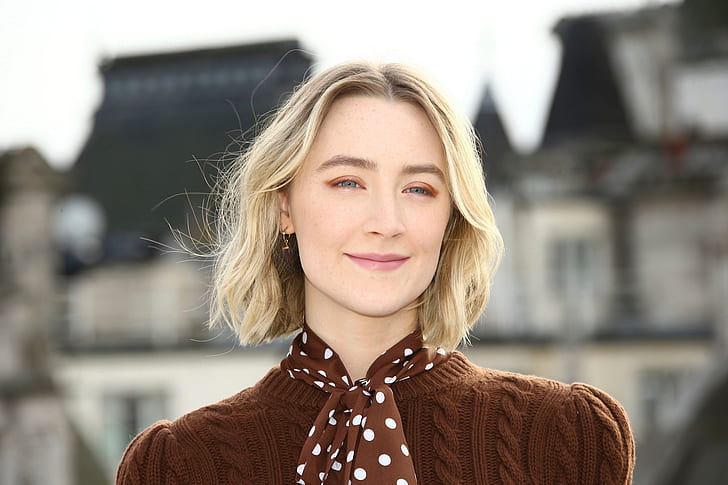