Spiritbox is a Canadian alternative metal/djent band from Victoria, British Columbia, formed in 2017. Having toured the world as members of the eccentrically iconic metal band iwrestledabearonce, vocalist Courtney LaPlante (a member of IWABO since 2012) and guitarist Michael Stringer (a member since 2015) wanted to take their intensely personal and technical musical focus in a new creative and personal direction. This now-husband-and-wife team have worked extremely hard at incorporating Courtney’s sense of vocal style and lyrical quality, hovering over Michael’s exquisitely forceful guitar riffs in their new band, SPIRIT BOX. It is within this paradigm that Spirit Box’s new self-titled EP takes its name and musical theme. The band digitalized an EVP recording from an actual spirit box and incorporated the background static heard in every track on the EP, tying the tracks together and giving the entire project a specific commonality. 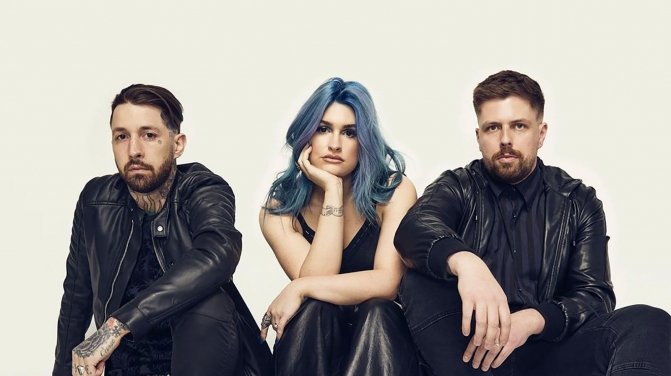