Faheem Rasheed Najm (born September 30, 1985), better known by his stage name T-Pain, is an American rapper, singer, songwriter, record producer, and streamer. Najm’s singing ability was on clear display in the first notes of his breakthrough R&B single “I’m Sprung,” yet his recurrent use of Auto-Tune created a widespread ripple effect that left his performing name synonymous with voice modulation. The Tallahassee, Florida native came up as a rapper in a group called Nappy Headz.

As a solo artist, he went pro as T-Pain after he recorded “I’m Fucked Up,” a personalized take on Akon’s “Locked Up.” Akon heard it and signed T-Pain to the Jive/Zomba-supported Konvict Muzik label. The self-produced and self-written “I’m Sprung,” T-Pain’s proper debut single, was released in August 2005 and went Top Ten pop and R&B/hip-hop. That December, the album Rappa Ternt Sanga arrived, supported by the follow-up single “I’m ‘n Luv (Wit a Stripper),” another Top Ten hit on multiple Billboard charts. The two singles earned RIAA platinum certifications, and the parent full-length eventually went gold, situating T-Pain as a major breakthrough artist of the mid-2000s.

The success wasn’t a fluke. During the next several years, as Auto-Tune usage became increasingly common in commercial music, T-Pain continued to make hits. Through 2012, a period that involved the guest-loaded albums Epiphany, Thr33 Ringz, and rEVOLVEr, he entered the pop Top Ten as a lead artist four additional times, highlighted by the chart-topping “Buy U a Drank (Shawty Snappin’).” Through assists on songs such as Chris Brown’s “Kiss Kiss,” Kanye West’s “Good Life,” Jamie Foxx’s “Blame It,” and Pitbull’s “Hey Baby (Drop It to the Floor),” his name was either near or at the top position with even greater frequency.

November 2017, he released the gleefully hedonistic full-length Oblivion on RCA with appearances from Ty Dolla $ign, Chris Brown, Ne-Yo, and Wale. The following year, he issued the double-volume mixtapes Everything Must Go. After he was revealed to be the winner of the first season of Fox’s The Masked Singer, the Auto-Tune maestro returned in 2019 with his sixth proper full-length, 1Up, which featured the single “Getcha Roll On” with Tory Lanez. A single, “Girlfriend,” featuring G-Eazy, appeared later that year. 2020 saw a bevy of T-Pain singles and collaborations including “Get Up” and “Wake Up Dead” featuring Chris Brown. 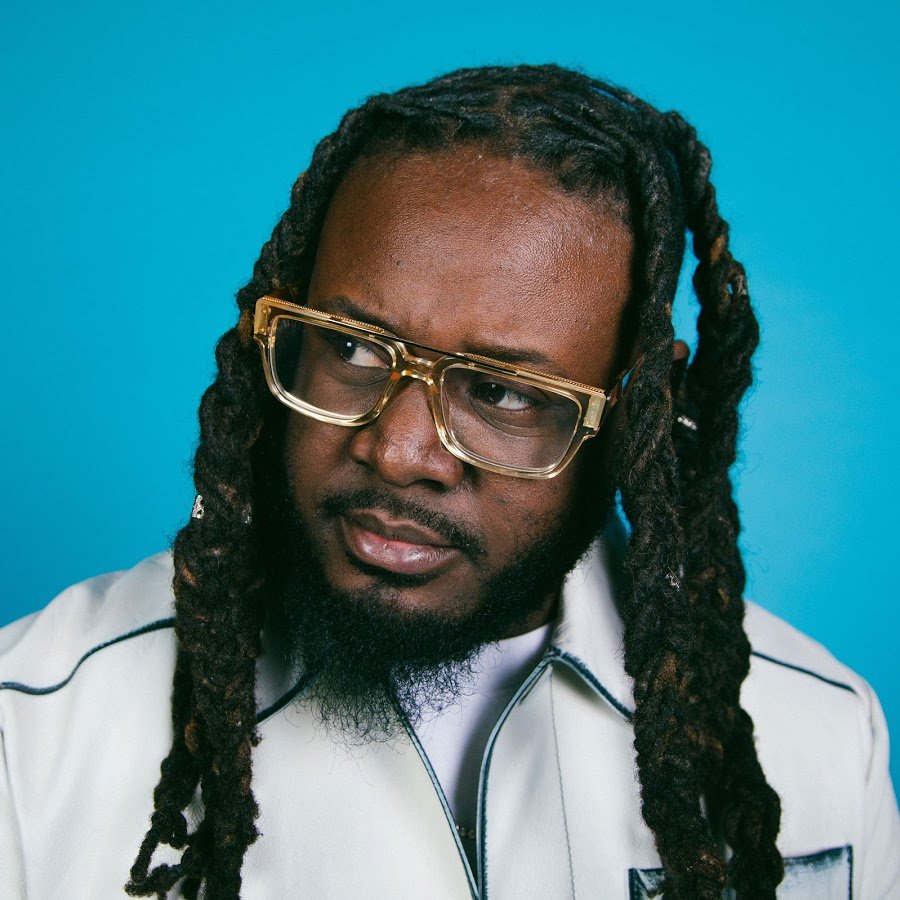