Toby Keith sang “Should’ve Been a Cowboy” on his 1993 debut single, and he’s spent his career moving forward with an outlaw swagger that suggested he was one of the last cowboys in contemporary country music. Like any maverick, Keith has defied easy categorization, slyly blending genres, threading contemporary attitudes and sounds into traditional country forms, and writing with a sense of humor that alternated between dry and boozy. The subtler aspects of his music have often been overshadowed by his bravado, particularly his rabble-rousing protest tunes in the wake of 9/11. “Courtesy of the Red, White and Blue (The Angry American)” turned Toby Keith into a household name in 2002, nearly a decade after he became a regular presence in the Country Top Ten, and he seized his newfound crossover stardom by singing with Willie Nelson, starring in a couple of movies and opening up Show Dog Records, where he recorded his richest albums: 2005’s Honkytonk University and 2006’s White Trash with Money. These records helped Keith ease into middle age, where the hits weren’t as big but were still plentiful, and he maintained his audience through regular touring on the bus where he was known to pen ribald tunes. 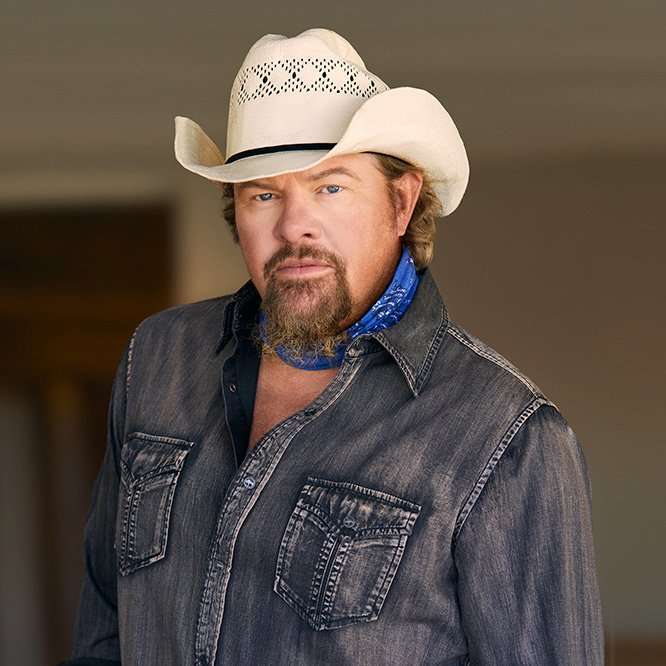