Tony Clifton is a character created by comedian and performance artist Andy Kaufman in the late 1970s. An absurdly foul-mouthed and domineering lounge singer claiming to hail from Las Vegas, the tuxedo-clad Clifton often led unsuspecting audiences through awkward yet elaborate lounge singer performances. Kaufman-as-Clifton has appeared onstage and on television programs ranging from The Merv Griffin Show to The Fantastic Miss Piggy Show, while the character has also been performed onstage by longtime Kaufman friend Bob Zmuda, as well as portrayed by actor Jim Carrey in the 1999 film Man on the Moon and in the documentary Jim & Andy: The Great Beyond. 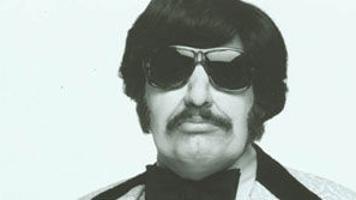