Anthony Rock (born June 30, 1974) is an American actor and stand-up comedian. He is the younger brother of comedian Chris Rock. He is best known for playing Uncle Ryan on Everybody Hates Chris (2008-2009) and television producer Dirk Black on the UPN/The CW series All of Us (2003-2007). Rock also appeared in many films including What Goes Around Comes Around (2012) and Redemption of a Dog (2012). Rock was a co-star on CBS’s comedy Living Biblically, co-starring with Jay Ferguson, Lindsey Kraft, Camryn Manheim, and Sara Gilbert. 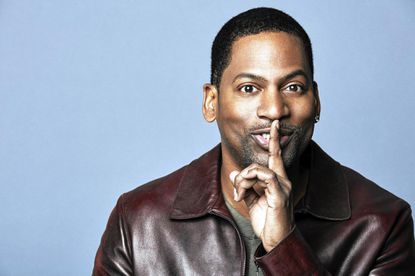