Tori Cross is a singer-songwriter from Birmingham. She began writing songs at the age of 16 when she enrolled in a performing arts academy in Birmingham to study music. In 2013 Tori moved to Liverpool to study music further at University, and continued to perform in the local music scene, playing solo with her guitar at open mic nights, and backing singing for local artists XamVolo and Galactic Funk Militia at festivals and various gigs.

In October 2018 Tori debuted with the release of her single ‘Looking Up’. ‘Looking Up’ achieved great success after being added to Spotify’s own ‘Fresh Pop’ playlist and receiving support from BBC introducing Merseyside. Her most recent release ‘Midnight’ was picked as BBC Introducing WM’s Track of the Month in August 2019.

Tori has recently featured on the summer dance anthem ‘Can’t Get Enough’ by Duo Tone Productions. Her single Woman, released in March, was extremely well received by BBC Introducing and with universal owned distributor Spinnup. Tori has recently began producing her own tracks and is also songwriting for other artists. Her main influences are Nina Simone, Lianne La Havas, Corrine Bailey Rae and Alessia Cara. 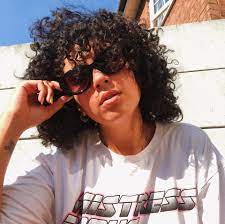