Wanderer is the cinematic pop project from singer & songwriter, Adam Simons. Created in the heart of the Arizona desert, his first two EP’s – “City” & “Skyline” took him from beloved local musician to internationally recognized artist, embarking on several US tours, supporting sold out shows locally, and in 2019 performing across the world in Brazil, Singapore, and The Philippines as an opening act for alt-rockers The Maine. Wanderer’s music has been featured on MTV, Sirius XM, FM radio, and seen over one million streams on Spotify alone through being added to major editorial playlists such as “Fresh Finds” & “Poptronix.” Simons’ goal above all else is to create music that makes you feel something – whether it be the soundtrack for a midnight drive, the pangs of a complicated relationship, or the nostalgia in remembering years past.

Wanderer’s debut album – “Songs For The Night,” is his first major artistic statement, solidifying his sound of sultry, 80s-tinged pop music, with his most refined take on songwriting and production thus far. As a modern ode to a concept record, he creates a sensory world of lush guitars, analog synths, and harmonized, ethereal vocals within the nine songs. With tracks like “Driving,” and “The Dark,” images of hazy streets, open roads, and summer nights are hard to ignore, and each song seems to live within the same neon-lit universe. “Songs For The Night” is exactly that — a collection of music best suited to those times of introspection and adventure often found after the sun goes down. 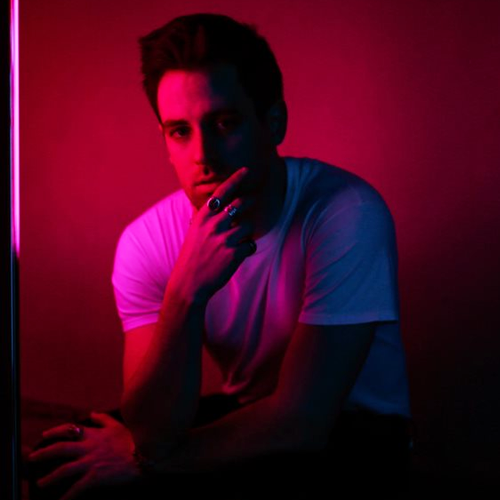