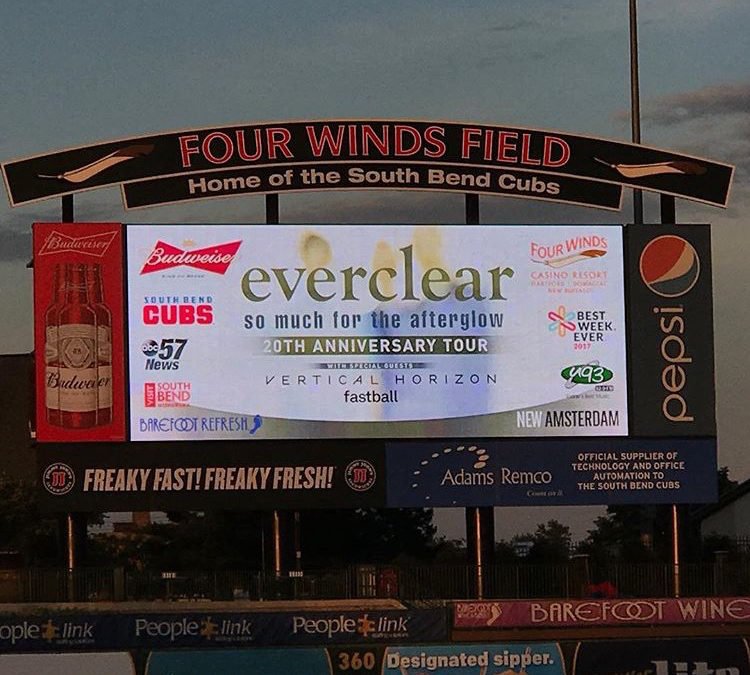 South Bend, IN – The Degy team traveled to the land of Notre Dame and The South Bend Cubs where Four Winds Field would be a timemachine to the Ninties. For those of us who came of musical age in this era, one of the biggest albums was Everclear’s So Much For The Afterglow. This year, the band is celebrating the record’s 20th Anniversary with a summer tour of the States before heading overseas.

The show opened with fellow 90’s alumni, Fastball and Vertical Horizon. The mood was set, everyone was transported back 20 years to a time of film phones, CD’s, baggy jeans and men’s bleach blond hair cuts. And from the first digitally crunching guitar chord, Everclear would continue to pump out hit after hit, showing what made So Much For the Afterglow such a massive album. “I Will Buy You a New Life”, “Everything To Everyone”, and “Father of Mine” to name just a few, kept the crowded infield of Four Winds Field moving. And while this grunge-y wave from the nineties has since crested and broke, bands like these that are still around today are enjoying renewed interest and success on the road.

As younger Millennial’s and “Gen-Z” come of concert going age, they are learning about music the same way we did, by listening to their older sibling’s or their parents’ music collection, this music is THEIR Classic Rock! And then of course, you have all of the young professionals and parents eager to revisit their high school/college memories and good times. This all makes for an excellent demographic mix to bring into the stadium on dark days or away stands. This type of programming works in the short and long term to drive current revenue and develop future brand loyalty throughout the community.

While we are spotlighting Everclear here, we have booked other bands of this era with great results. In the summer of 2016, the Goo Goo Dolls, Collective Soul and OAR sold out MiLB parks and the summer of 2017 will feature shows by Papa Roach and 3 Doors Down to name a few.

Get in touch to learn which bands of the era are hitting the road. Whether it’s a new album, an anniversary tour or just a one off, we can help you secure the best artists within your budget and show potential ROI,  F&B and parking revenue growth. So drop us a line or call today! 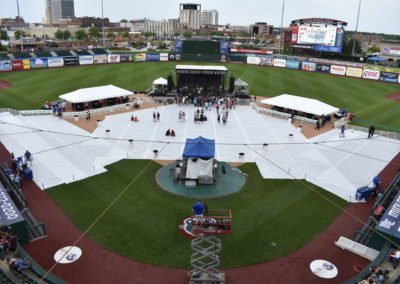 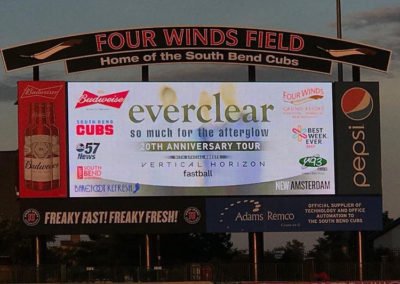 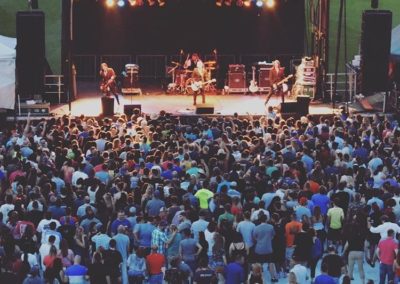 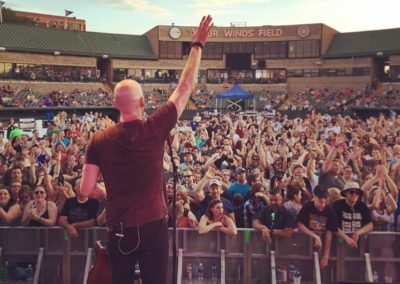 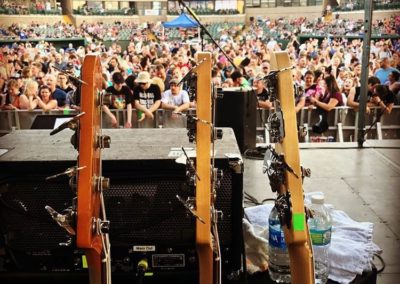 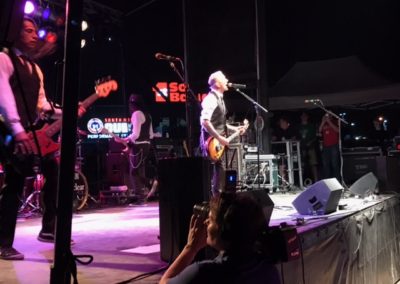 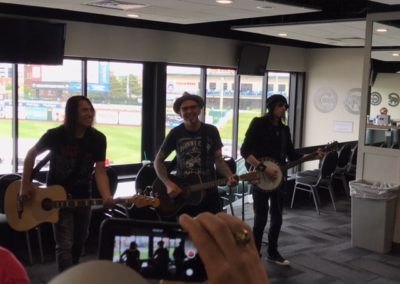