Headphone Disco Goes 6 for 6 In Showcase Selections This Fall!

With the fall college conference season schedule now finalized, Headphone Disco and Degy made news going 6 for 6 in showcase selections! Due in large part to our reputation as originators and innovators in the market combined with a professional staff with a track record of maintaining a fun and safe environment, Headphone Disco and Degy are proud of this achievement and we want to celebrate with all of you!

This fall we’ll be introducing brand new headsets! These new headsets will feature 3 channels and will light up with a corresponding color so you can see which of the 3 DJs your friends around you are tuned into. Our talented staff of DJs based around the country will deliver the hottest new tracks, dance floor favorites, and the sing-along classic rock tracks that will get everyone singing at the top of their lungs. With 3 channels, you can now feature guest student or VIP DJs in addition to our talented staff; kind of like that time we had Elijah Wood at Firefly or Chandler Riggs (Carl from The Walking Dead) at Walker Stalker Cruise sit in with our DJs (pictures below to prove it)!

Launched in the UK in 2007, Headphone Disco are the inventors and originators of the ‘silent dance party’ format and have been touring their show around the world for the past 10 years. Degy is proud to exclusively rep Headphone Disco in the US and Canada.

Get in touch to get special fall college showcase pricing and learn more! 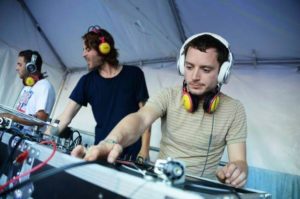 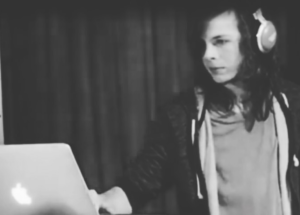