Born and raised in East Atlanta, J.I.D — a name adopted and adapted from what his grandmother called him as a jittery child — first appeared on the Atlanta hip-hop scene with his debut EP, Dicaprio, in 2015. Growing up, J.I.D’s first connection with music was through his parents’ collection of classic funk and soul LPs. After a stint at Hampton University playing football, J.I.D also hooked up with fellow MCs as part of the Spillage Village collective. By 2012, he had dropped out of college to focus on music, and in 2014 he headed out on what would be a productive tour with EARTHGANG ,Bas, and Ab-Soul . 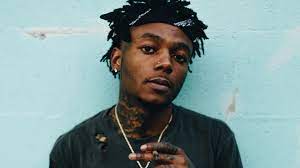 In 2020 JID was nominated for a Grammy for Best Rap Performance for the song “Down Bad” with J. Cole, Bas, EarthGang and Young Nudy.