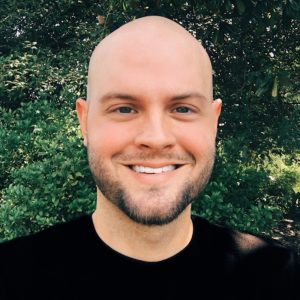 Processed with VSCO with e3 preset

Matt learned the event operations business at a very early age. His mother owns an event company just outside of Atlanta and would have him work her events as soon as he was old enough, eventually working his way up to supervising events on his own. This provided a strong foundation to build a career in music after college.

Three weeks after graduating from the University of West Georgia, Matt began his career in the music business. He landed his first job at an Atlanta-based company that produces music festivals on cruise ships called Sixthman. Getting paid to sail on cruises and work with rock stars…not a bad deal, right?
Matt worked at Sixthman for 9 years, and did a lot of freelancing on the side. While freelancing he picked up work by saying yes to every opportunity that came his way, which allowed him to learn many different facets of the entertainment industry. From playing and touring with his own band, to touring as a stage manager, to working festivals as a production manager, to working with television studio audiences, to event photography, and even selling merch for bands…you name it, he’s done it.
Some of Matt’s freelance clients included: Turner Studios (TBS), Townsquare Experential, WME/IMG Live, Kaaboo Del Mar, Yacht Rock Revue, Sunset Love Affair, Atlanta Braves, GlueStick Music, LA PodFest, and LCP Live.
Additionally, while at the University of West Georgia obtaining a degree in Marketing, Matt was a member of Sigma Nu fraternity. He was his pledge class president and later became the fraternity’s Recruitment Events Coordinator (which basically gave him the ability to book his own band at parties). He also served on the fraternity honor council (which deemed booking his own band at parties as ‘honorable indeed, bro’).
His hobbies include playing drums and guitar (22+ years), listening to podcasts, nerd culture, running, and pretending to be a certified nutritionist.
Matt has a wonderful wife, an amazing daughter, and a Yorkshire Terrier who tries his best.