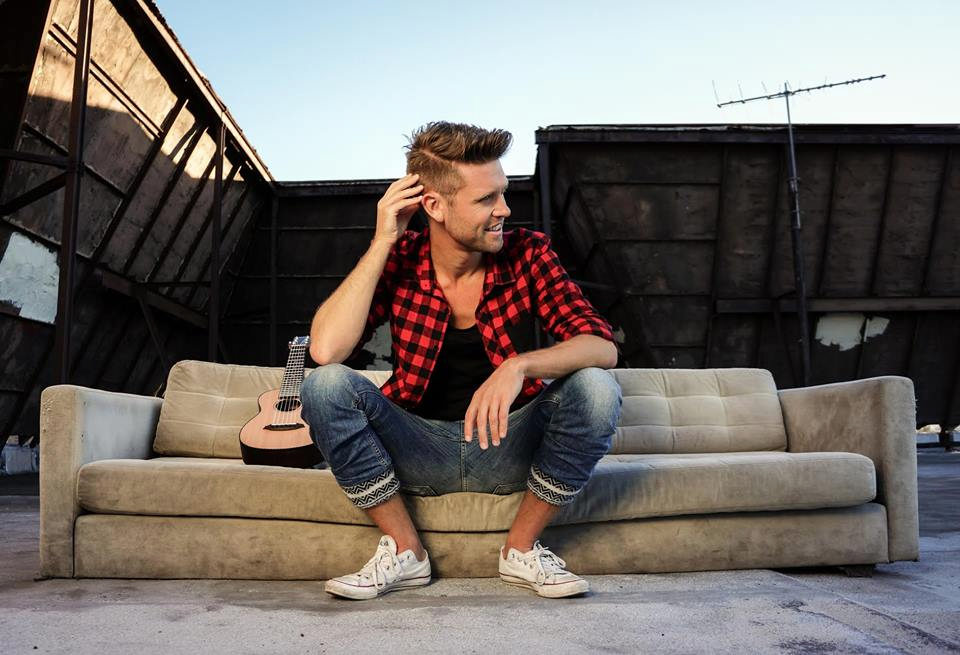 He is signed to Sony/ATV and has released 3 top 10 singles, and written and recorded many others, including “Where Did We Go?” with Carly Rae Jepsen. He also records covers and posts them on YouTube.

Raised in British Columbia’s Okanagan Valley, his music evokes feelings of a warmer place, with artists like Jason Mraz and Jack Johnson serving as touchstones for his acoustic pop/rock.

Andrew Allen scored his first hit in 2009, when “I Wanna Be Your Christmas” cracked the Top Ten in his native Canada. He was honored as the feature performer for the Sochi 2014 hand off finale on the internationally broadcast Closing Ceremony of the 2010 Paralympic Winter Games held at Whistler, British Columbia. Allen continued building an international profile in 2010, and released his biggest single Loving You Tonight which sold more than 100,000 copies worldwide, was featured on the Gold Selling NOW 37, hit #6 on the Canadian charts for 22 weeks in a row and #30 on the US Hot AC charts, and got him a record deal with Epic after spending much of that year on the road. Because of the song’s attention, Allen had the opportunity to perform with some of the world’s biggest artists like Bruno Mars, One Republic, The Barenaked Ladies, Train, Matt Nathanson, Joshua Radin, Andy Grammer, The Script, Nick Carter, Kris Allen, Carly Rae Jepsen and many others…

“Loving You Tonight” was also featured on the soundtrack of Abduction starring Taylor Lautner.

Andrew Allen is also well known in the songwriting community, and has written songs with some of today’s biggest artists like Meghan Trainor, Rachel Platten, Cody Simpson, Carly Rae Jepsen, Matt Simons, Conrad Sewell as well as writer/producers like Toby Gad, Ryan Stewart, Eric Rosse, Jason Reeves, John Shanks, Nolan Sipes, Mark Pellizzer (Magic), Brian West, Josh Cumbee, and has numerous songs he’s been a part of writing that have been released by various artists, including “LAST CHANCE” which was on the Grammy nominated album ATMOSPHERE by KASKADE feat. DJ PROJECT 46, “AD OCCHI CHIUSI” which was on the DOUBLE PLATINUM release by Italian artist MARCO MENGONI and “MAYBE” released by teen pop sensation DANIEL SKYE as well as many others.