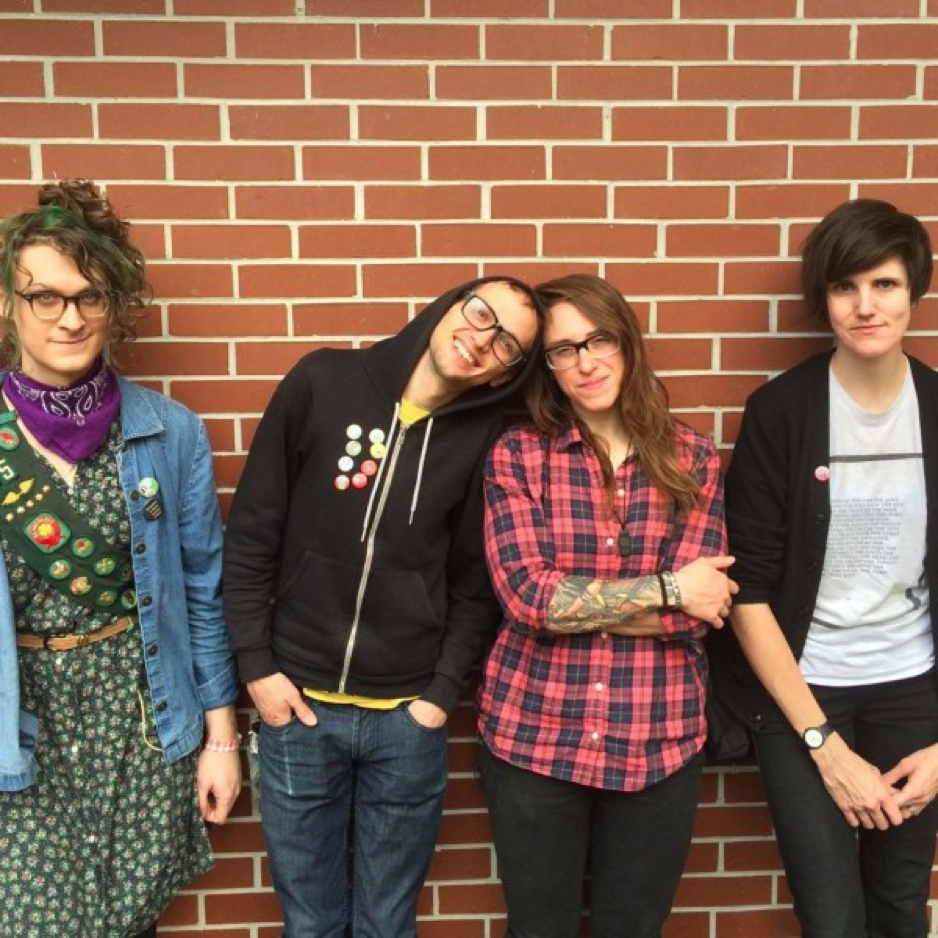 The band currently consists of James Alex (vocals, guitar), Ed McNulty (bass), Aurore Ounjian (guitar) and Cully Symington (drums).  Beach Slang formed in June, 2013. In June, 2014 they played their first live shows and released a 7″ EP titled Who Would Ever Want Anything So Broken? via Dead Broke Records. They followed that release in October 2014 with their second extended play titled Cheap Thrills on a Dead End Street via Tiny Engines. Beach Slang started out with a string of live, lead guitarists; Spencer Dorsey of the band No Summer and Dan Metzker of the band The Danger O’s. In February 2015, Beach Slang released a split along with five other bands titled “Strength in Weakness” via Lame-O Records.