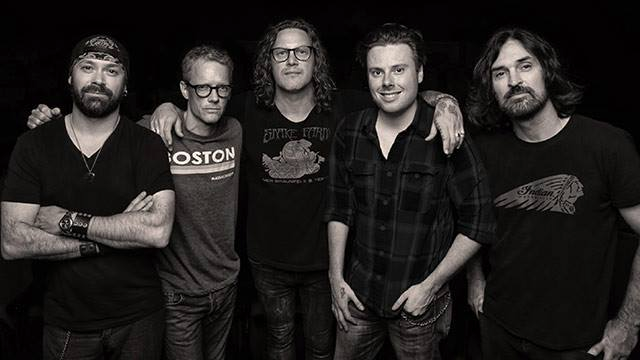 Since its formation in 1990, the group has released six studio albums, which have achieved multi-platinum and gold certification, as well as numerous charting singles, a compilation, and a CD+DVD.

Candlebox was the first successful act on Maverick Records, which went on to sign Alanis Morissette, Deftones and The Prodigy. They found immediate success with the release of their self-titled debut album in July 1993. It featured the band’s biggest hit songs, “Far Behind” and “You”, and was certified platinum by the RIAA four times. Their next two albums, Lucy and Happy Pills, also sold well. After troubles with Maverick, Candlebox broke up in 2000 after an alleged attempt to be freed from their contract. The band reunited in 2006, and two years later, they released their fourth album Into the Sun, followed by an extensive tour. Their latest album, Disappearing in Airports was released April 22, 2016.

The band has toured or played selected shows with such bands as Living Colour, The Flaming Lips, Our Lady Peace, Rush, Henry Rollins, Aerosmith, Godsmack, Metallica, Radiohead, The Offspring, Sponge, Seaweed, Hinder, Suicidal Tendencies and Danzig. They were also a featured band on the main-stage at Woodstock ’94 and made repeat live performances on Late Show with David Letterman.