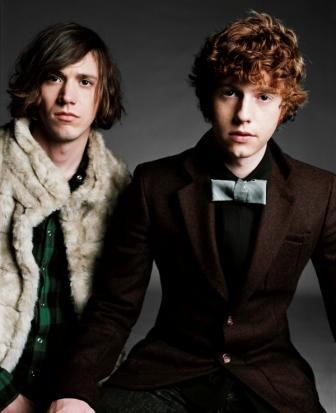 They met as college students at Harvard University, naming their band after sculptor Daniel Chester French, who designed the statue at the Lincoln Memorial, the John Harvard statue, as well as the Minuteman statue at the Lexington/Concord battlegrounds in Massachusetts. Milwaukee-raised Wallach and Boston native Drummey quickly found a lot of shared ground in musical tastes and philosophies and before long formed a band with three other classmates, playing various campus functions, eventually moving in a direction heavily influenced by classic British Northern Soul. Over the summer both stayed in Cambridge, working hard at songwriting. But when school resumed, they realized that the material went way beyond the basic guitar-bass-drums-piano format of the band, and the duo continued the work themselves, Wallach handling most of the vocals, Drummey performing much of the music on multiple instruments, supplemented with the occasional special guest – and both taking production and engineering duties for recordings.