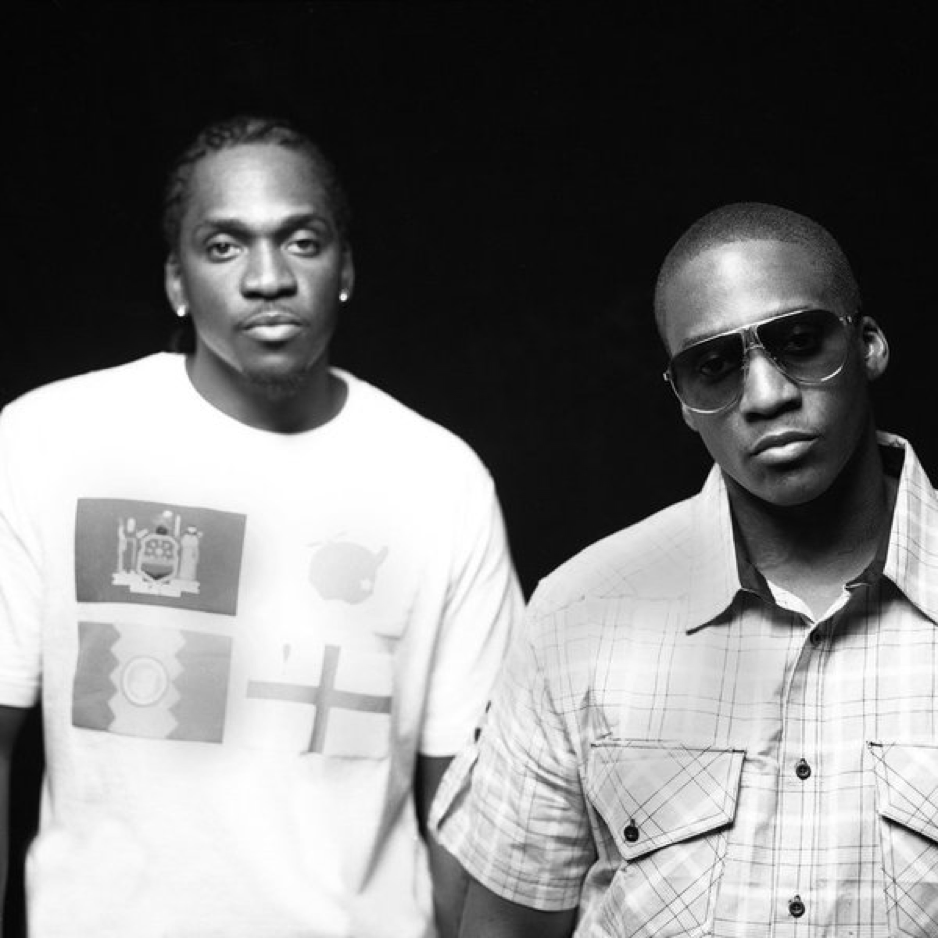 The group was affiliated with the production team The Neptunes, and in 2001 signed to their imprint Star Trak Entertainment. At a concert on April 30, 2010, Malice announced that he and Pusha T would release solo albums later in the year. On September 12, 2010, Pusha T confirmed to MTV that he had signed to Kanye West’s GOOD Music label. Pusha T released his mixtape ‘Fear of God’ in March 2011.

Pusha T has stated that they are no longer signed to Columbia Records, and that they are currently working on a new album. Malice published Wretched, Pitiful, Poor, Blind & Naked, which was released on St. Valentine’s Day 2011; the book is a memoir about his life, including fearing contracting HIV, as well as his conversion to Christianity. On August 31, 2011, Pusha T announced the signing of a solo deal with Def Jam records and admitted “G.O.O.D Music/Def Jam is [now] my home.”In 2012, Malice changed his name to No Malice and collaborated with Lecrae on his mixtape Church Clothes, in the song “Darkest Hour”. He also appeared on the music video for the Lecrae song off his “Lord Have Mercy”, which features Tedashii and is from the 2013 Grammy Award winning Best Gospel Album Gravity.

Pusha T and No Malice both released solo albums in 2013. Pusha T released My Name Is My Name on October 8, 2013, and No Malice released Hear Ye Him on August 18, 2013. In February 2013 Pusha T said the title of the group’s fourth studio album would be As God As My Witness. Pusha T said that Kanye West and Pharrell Williams had shown interest in producing the album. No album was released.

No Malice said at SXSW 2014 that the band was finished, that there will not be another Clipse album. However, in a 2016 interview, No Malice said “I’ma tell you that I learned to never say never, and I don’t shut the door on anything. I really don’t. In fact, I would like to see Clipse do it” in regards to a potential Clipse reunion, adding that “I’ve said it before, my brother and I would definitely make clown soup out of all these MCs. Now that much I know.”