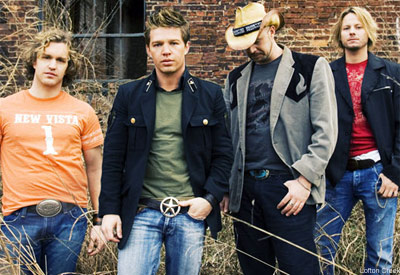 In 2004, the band competed in and won the Colgate Country Showdown; shortly afterward, they were signed to Windswept Publishing, with a self-titled EP being released that year. Eventually, they were transferred to 903 Music, a short-lived record label founded by Neal McCoy; upon the label’s closure in 2007, the band was transferred to Lofton Creek Records. Both Mike Drake and Jay Hawks have since left the group. The band’s debut single, “Back There All the Time”, has entered the Billboard Hot Country Songs charts. It was included on both their self-titled EP and on their 2008 album Crossroads. Roger Malinowski left the band in 2009.

The Drew Davis Band was featured on an episode of Gene Simmons Family Jewels on August 9, 2009. The episode also featured a guest appearance by Trace Adkins.