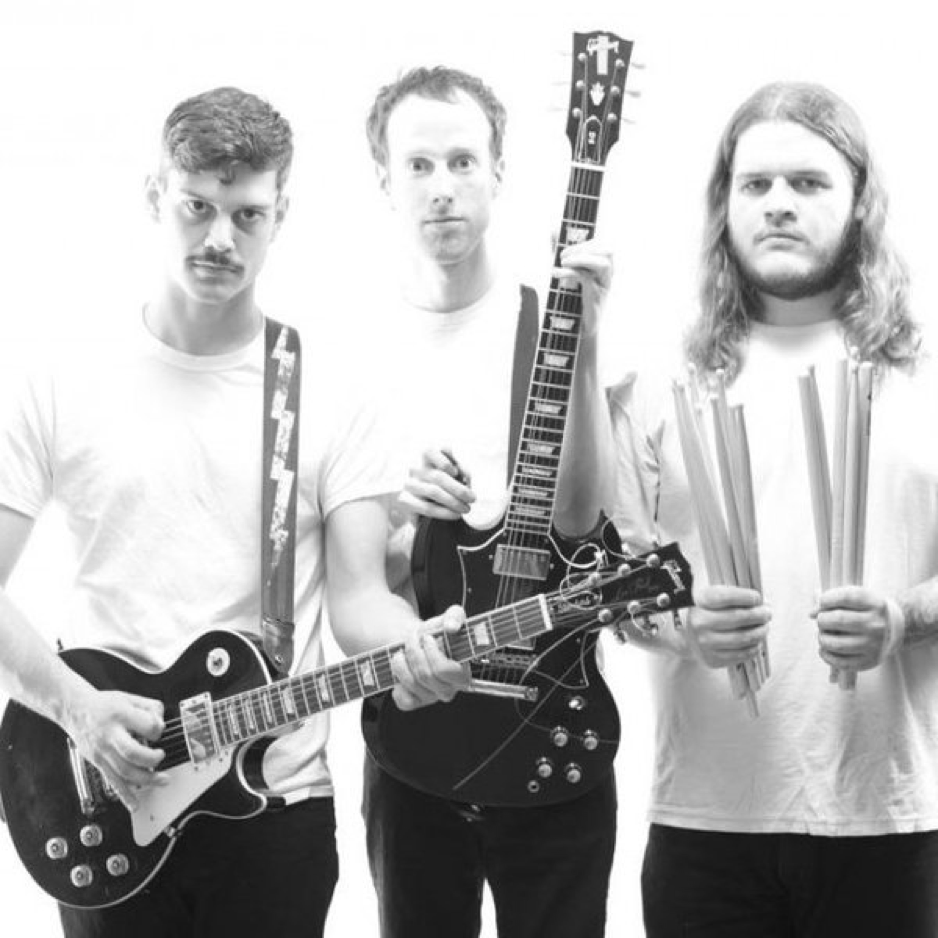 The group consists of guitarists Jason Bartell and Chris Georges, bassist Brock Hengin and drummer Marc St. Sauveur. Fang Island began in 2005 as an art project with original members, Philip Curcuru, Chris Georges, and Pete Watts, while attending Rhode Island School of Design.They were later joined by Bartell, St. Sauveur, Jacober, and guitarist Nick Sadler, former member of the band Daughters. Fang Island got their name from an article in The Onion. Guitarist Jason Bartell recalled, “I think it was just a funny blip about Donald Rumsfeld having a secret hideaway, and it was on Fang Island”. The band describes their sound as “everyone high-fiving everyone” and their goal, according to Bartell, is to “make music for people who like music”.

The band independently released Day of the Great Leap in 2007, followed by an EP, Sky Gardens, in November 2008. Their song “The Absolute Place” was remixed by Chris Keating of Yeasayer in 2009. Fang Island was named one of the year’s top 10 albums by Brian Cook of The Stranger. The album’s lead single “Daisy”, which features an electro-organ intro and chanted vocals, played during a series of commercials promoting the MTV reality show The Buried Life. Adam Pfleider of AbsolutePunk described it as a “wild party” that “listeners will want to relive … over and over again”. Dan Goldin of Decoy Music praised the album for “successfully combining the luster of indie pop music with the technical eccentricities of progressive rock”. Pitchfork Media’s Ian Cohen called the music on Fang Island “honest and life-affirming and infectious”. In 2010, Fang Island performed at the SXSW music festival in Austin, Texas, and were named by social networking analytics site Next Big Sound as the artists who experienced the fastest growth in online fandom during the festival. While in Austin, the band also recorded three songs for a Daytrotter session. Fang Island entered the Billboard Heatseekers Albums chart in April 2010.
In a 2012 interview with New York Music News, Jason Bartell admitted the happy undertones of the band’s music, stating: “I am pretty ding-dong-doodily-delighted, all the time.”