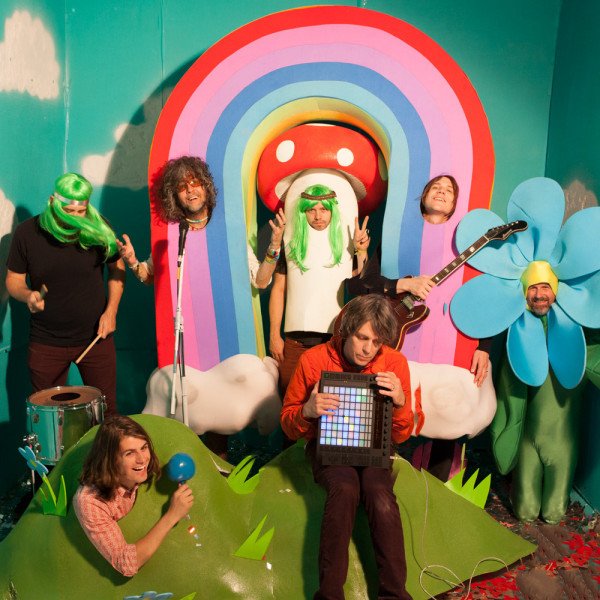 Instrumentally, their sound contains lush, multi-layered, psychedelic rock arrangements, but lyrically their compositions show elements of space rock, including unusual song and album titles—such as “What Is the Light? (An Untested Hypothesis Suggesting That the Chemical [In Our Brains] by Which We Are Able to Experience the Sensation of Being in Love Is the Same Chemical That Caused the “Big Bang” That Was the Birth of the Accelerating Universe)”. They are also acclaimed for their elaborate live shows, which feature costumes, balloons, puppets, video projections, complex stage light configurations, giant hands, large amounts of confetti, and frontman Wayne Coyne’s signature man-sized plastic bubble, in which he traverses the audience. In 2002, Q magazine named the Flaming Lips one of the “50 Bands to See Before You Die.”

The band is best known for its associations with 1960s and 1970s psychedelic subculture, with elements of this culture permeating the group’s instrumentation, effects, and composition. Coyne’s lyrics, in particular, both reference and embody the fascination with the science fiction and space opera genres of fiction that were popular during the golden age of psychedelic subculture. His lyrical style tends to use the imagery and plot conventions of space opera to frame more abstract themes about the unfolding cycles of romantic love, highlighting its vulnerability while delving into its metaphysical implications.

The group recorded several albums and EPs on an indie label, Restless, in the 1980s and early 1990s. After signing to Warner Brothers, they scored a hit in 1993 with “She Don’t Use Jelly”. Although it has been their only hit single in the U.S., the band has maintained critical respect and, to a lesser extent, commercial viability through albums such as 1999’s The Soft Bulletin (which was NME magazine’s Album of the Year) and 2002’s Yoshimi Battles the Pink Robots. They have had more hit singles in Europe than in the U.S. In February 2007, they were nominated for a 2007 BRIT Award in the “Best International Act” category. By 2007, the group garnered three Grammy Awards, including two for Best Rock Instrumental Performance.

Looking to Book The Flaming Lips?