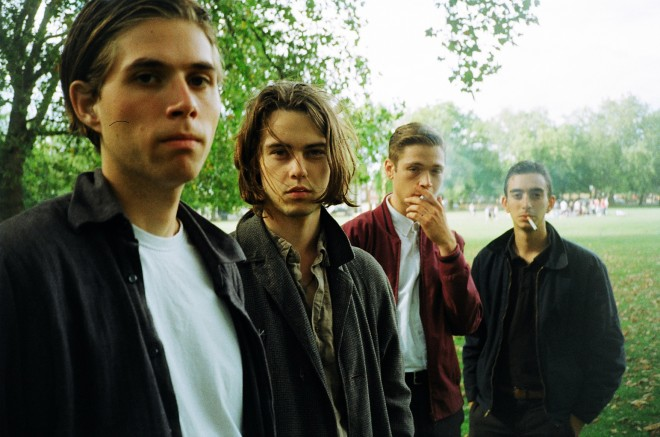 They were formed in 2008, when the members of the band averaged 17 years old. They signed to Tambourhinoceros in Denmark and Dais Records in the United States. They were then picked up by What’s Your Rupture? Records for international release, and their debut album New Brigade was released in January 2011 in Denmark and on June 21, 2011, in the US.

In February 2013, Iceage released their second studio album, You’re Nothing, after signing with the

independent record label Matador Records.[5] It earned a four star rating (out of five) from Allmusic and four-and-a-half stars out of five from Humo.

Iceage’s third studio album, Plowing Into the Field of Love, was released in October 2014 by Matador.

All three albums received a nomination for IMPALA’s European Independent Album of the Year Award.
Rønnenfelt also performs under the name Marching Church and has released two albums This World Is Not Enough (2015) and Telling It Like It Is (2016).