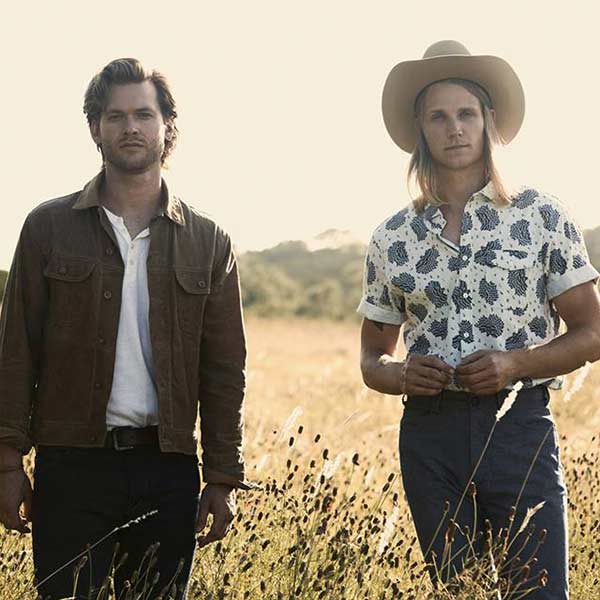 The childhood friends from Magnolia, Texas write songs about everyday life that are a combination of harmonies that merge Southern country, Americana and Western rock music. Their first album Utah was originally self-released in early 2014 and then re-released by Republic Records later the same year. iTunes named Utah Best of 2014: Singer-Songwriter Album of the Year. Jamestown Revival has been featured in Rolling Stone magazine and covered in the Wall Street Journal. The band has made appearances at music festivals in the U.S., including the South by Southwest (SXSW) music festival in Austin, Texas, Coachella Valley Music and Arts Festival, Bonnaroo Music & Arts Festival, Austin City Limits Music Festival, and a musical appearance on Conan.