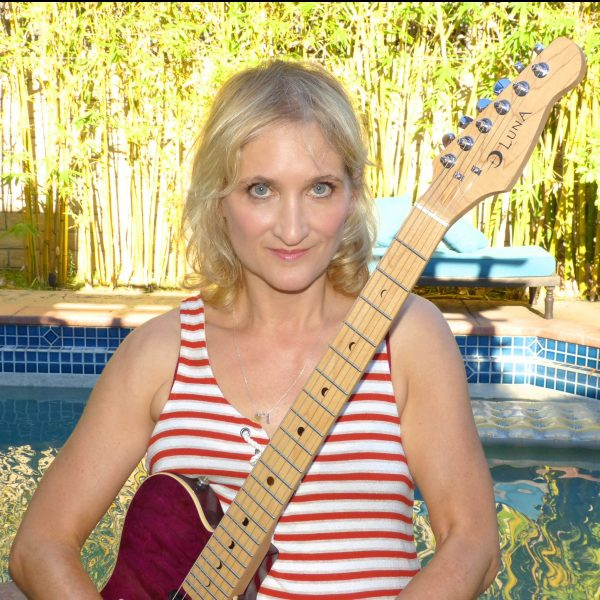 Her folk-inflected compositions alternate between ironic, story-driven character studies and emotive ballads, a duality reminiscent of such 1970s American songwriters as Warren Zevon, Harry Nilsson, Loudon Wainwright III, Harry Chapin, and Randy Newman. Autobiographical elements, including Sobule’s Jewish heritage and her adolescent battles with anorexia and depression, frequently occur in Sobule’s writing. An appreciable percentage of her work is also dedicated to detailed accounts of both her own fictional female creations and such troubled but celebrated women as Joey Heatherton and Mary Kay Letourneau, whose stories are usually used to make ironic comments about fame and celebrity.
In 2009, she released an album funded entirely by fan donations, one of the early pioneers of crowdfunding.