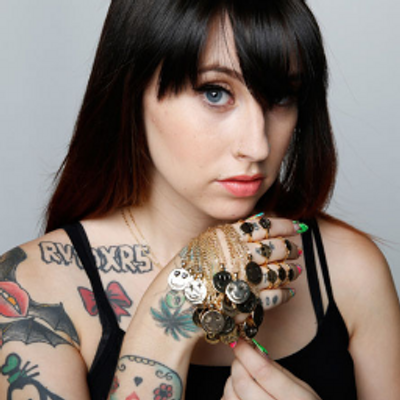 In 2011, while serving as a member of a rap group with her friends, she released the music video to her debut single, “Gucci Gucci”, to internet viral success. The popularity of the song and its video led to a recording contract with Columbia Records soon after. Kreayshawn released her debut studio album, entitled Somethin’ ‘Bout Kreay, on September 14, 2012.
Kreayshawn is currently the host of “Kreaydio” on The Cut station on Dash Radio.