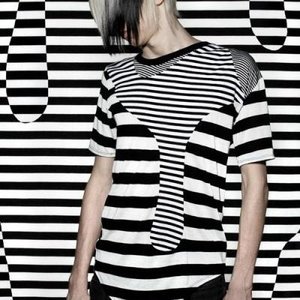 Le Castle Vania is an electronic dance music project created by Atlanta-based DJ Dylan Eiland. Eiland began DJing at warehouse parties and raves in Atlanta at age 16. He adopted the name “Le Castle Vania” with the release of his remix for Snowden’s song “Black Eyes” in 2006. From 2007 to 2012, Le Castle Vania hosted the “Fuck Yesss” indie electronica dance parties at venues such as The Drunken Unicorn and Masquerade in Atlanta.

Eiland uses a simple setup, including a laptop computer, a mixer, and two turntables. He writes his songs on his laptop, often while traveling on airplanes, and prefers to play a larger number of his original work compared to his remixes. At one point, his remix of Black Eyes by Snowden was the most requested song at a New Zealand radio station. He has also remixed songs by Daft Punk, Kaskade, and Klaxons.

The sound of Le Castle Vania is specifically intended to avoid the common southern influence of crunk, and focuses primarily on Euro-electro influences.

In 2008, URB Magazine included Le Castle Vania in their list of “Next 100” artists to watch.

In 2014, Eiland contributed to the soundtrack of the film John Wick with 4 original songs. He will return to compose original music for John Wick: Chapter 2 as well as making a cameo appearance as a DJ in the film.

On October 21, 2015, Eiland contributed three new songs to the video game Payday 2 as a part of the game’s yearly anniversary event, Crimefest.