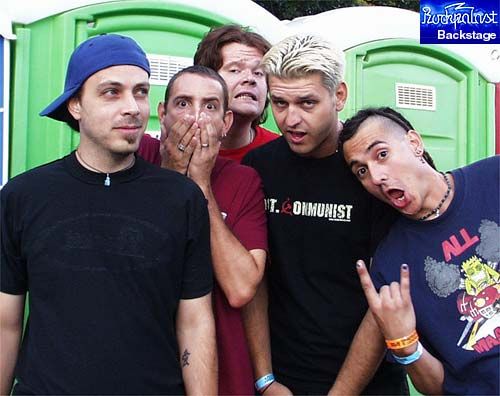 The group released its debut album, Pezcore, in 1995, following a series of independent seven-inch single releases. The band’s subsequent two studio albums, Losing Streak (1996) and Hello Rockview (1998), were released on major label, Capitol Records, leading to increased exposure. The band’s fifth studio album Anthem (2003) was the group’s most commercially successful to date, featuring the singles, “She’s Gonna Break Soon” and “The Science of Selling Yourself Short”.

In 2008 the band founded its own label, Sleep It Off Records, and released its seventh full-length album, GNV FLA. The band has recently stated its preference for EP releases, and independently issued Greetings from Less Than Jake (2011) and its counterpart, Seasons Greetings from Less Than Jake (2012). In late 2012, the band combined the two to create the compilation album, Greetings and Salutations (2012) The band’s eighth studio album, See the Light, was released on November 12, 2013.

The band entered the studio in 2016 to record a new EP titled “Sound The Alarm” which is due for release in February 2017 via Pure Noise Records.

Looking to Book Less Than Jake?