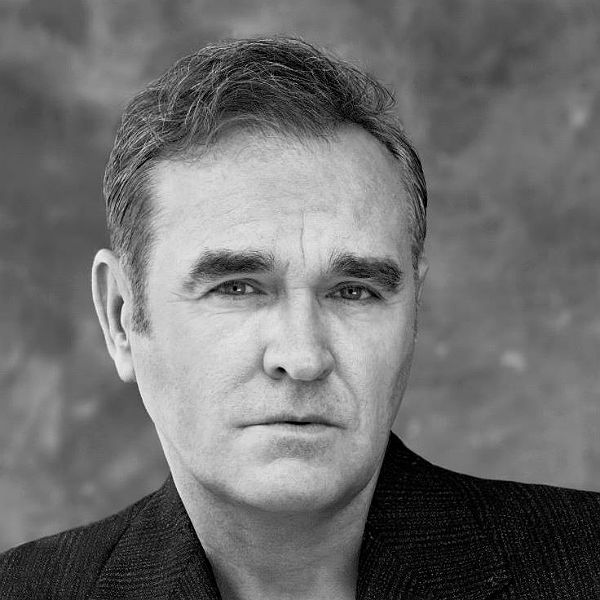 He rose to prominence as the lead singer of the indie rock band The Smiths, which was active from 1982 to 1987. Since then, Morrissey has had a solo career, making the top ten of the UK Singles Chart on ten occasions.

Born in Davyhulme, Lancashire, to a working-class Irish migrant family, Morrissey grew up in Manchester. As a child he developed a love of literature, kitchen sink realism and popular music. Involved in Manchester’s punk rock scene during the late 1970s, he fronted The Nosebleeds, with little success. Beginning a career in music journalism, he authored a number of books on music and film in the early 1980s. With Johnny Marr he established The Smiths in 1982, soon attracting national recognition for their self-titled debut album. As the band’s frontman, Morrissey attracted attention both for his intelligent, witty, and sardonic lyrics and his idiosyncratic appearance; deliberately avoiding rock machismo, he cultivated the aesthetic of a social outsider who eschewed drugs and embraced celibacy. He was also noted for his unusual baritone vocal style (though he sometimes uses falsetto), The Smiths released five further albums – including the critically acclaimed Meat is Murder and The Queen is Dead – and had a string of hit singles. Personal differences between Morrissey and Marr resulted in The Smiths’ separation in 1987.

In 1988, Morrissey launched his solo career with the album Viva Hate. This and its follow-up albums – Bona Drag, Kill Uncle, Your Arsenal, and Vauxhall and I – all did well in the UK Albums Chart and spawned a number of hit singles. Having left Britain and moved to Los Angeles, during the mid-1990s Morrissey’s image began to shift into that of a burlier figure, who toyed with patriotic imagery and working-class masculinity; his discussions of British national identity resulted in accusations of racism, which he denied. In the mid-to-late 1990s, his subsequent albums, Southpaw Grammar and Maladjusted, also charted but were less well received. After a hiatus between 1998 and 2003, Morrissey released a successful comeback album, You Are the Quarry, in 2004. Relocating to Italy, ensuing years saw the release of albums Ringleader of the Tormentors, Years of Refusal, and World Peace Is None of Your Business. In 2013 Morrissey released his autobiography, followed by his first novel in 2015.

Highly influential, Morrissey is widely credited as being a seminal figure in the emergence of indie rock and Britpop. He has been acclaimed as one of the greatest lyricists in British history, with his lyrics having become the subject of academic study. He has courted controversy with his forthright opinions – endorsing vegetarianism and animal rights, condemning royalty and prominent politicians, and questioning issues of British national and cultural identity. In a 2006 poll held by the BBC’s Culture Show, Morrissey was voted the second greatest living British icon.